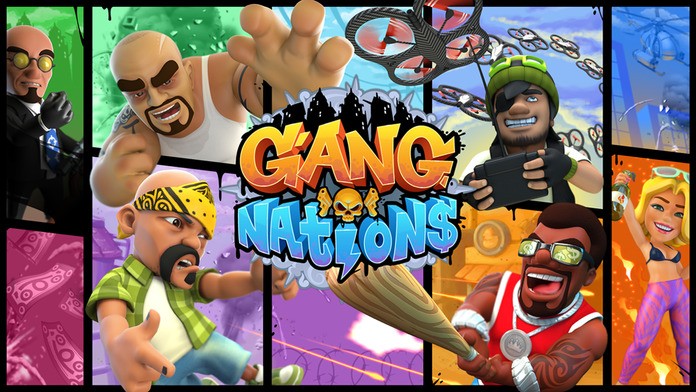 The nice folks over at Playdemic have just launched an interesting game on the App Store: Gang Nations. A combination between Clash of Clans and tower defense titles, this one’s extremely well made and insanely addictive. It has simple mechanics, but it’s difficult to master, so we’ve decided to come to your help and share some Gang Nations cheats and tips with you today to help you build the ultimate base and rule the gang world.

Even if you are an advanced player, you might still find some useful tips and tricks in this article, so read it all and maybe you’ll improve your game and take it to the next level. Now let’s check out Touch Tap Play’s Gang Nations tips and cheats below!

1. Get that second worker ASAP

You only start with one worker, which is not enough for you to build up your base at full speed. Hire the second one as soon as possible and start saving for the third. This is the first thing to do!

In most games, it’s the defenses you should worry about early on, but in Gang Nations, you should start with the Storage upgrades first, then go for the Resource producing units. Your storage is really low at first and gets filled up pretty fast, so you really need to upgrade it by a few levels to have a place for all the resources you’ll be looting, mainly from the single player missions.

I know that nothing is more fun than going and attacking other player bases as soon as possible, but you start with a few days of protection and it’s there for a reason: your base is simply too undeveloped and troops too weak to cause any damage so you wouldn’t get much from attacking other players anyway. So for the first few days, focus on building a decent base and complete the single player missions for the extra resources. Then, when you’re out of protection, you will simply wreak havoc through the other bases, generally those of players who decided to end their protection time too early.

After you set up a decent base and you have enough storage for your resources, you should start focusing on the offensive and defensive end: focus on upgrading your towers and traps and unlock as many troops as possible. It’s the Thug that you want to get to as soon as possible, since it targets defensive towers and can really make a difference in battle. Don’t forget to upgrade your Bars too as those increase the size of your army!

5. Attack with as few troops as possible

Your main goal is to make the biggest possible profit in the game when attacking, and part of that is achieved by sending as few troops as possible to win the battle. Analyze the defenses of your enemy, look out for any potential breach and take advantage to easily win your fights.

6. Work on your base defense

The most important building on your base is the Boss Mansion – if that is destroyed, the entire base falls. This is why you should protect it as good as possible. The main thing you should do is to keep it in a central location on your base, in the spot that’s most difficult to get to. Place a lot of decoy buildings around it so that the incoming troops waste time taking them out – if you manage to keep them behind for as long as possible, you might just not lose it all.

Also, look at other players bases: those that you are having trouble taking out will most likely cause trouble to all incoming attacks. Learn about placement of buildings, defenses and road blocks and you will easily win all your defensive battles. Or at least give your enemy a helluva time when they try to raid you.

These are our tips and tricks for those playing Gang Nations. If you have other suggestions, let us know by commenting below. 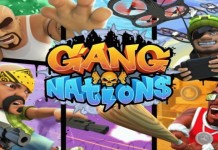 Gang Nations Base Design Ideas to Fend Off All Attacks