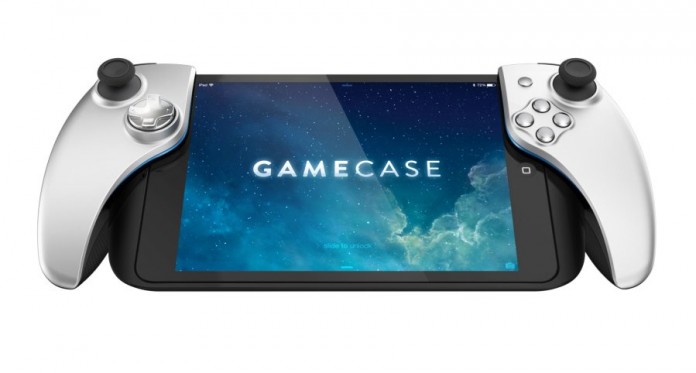 In the wake of their new iOS 7 update, Apple has kept the good news rolling with the announcement of a sleek new controller peripheral that’s being made in conjunction with gaming peripherals developer ClamCase.

With the GameCase controller, Apple is already making good on its promise to add third-party game controller support through iOS 7 which it first revealed during the company’s WWDC 2013 keynote presentation back in June. Rather than deal with tangled-prone cords and wires or pesky wireless receivers, ClamCase has taken a new approach with the GameCase; offering a console-esque controller that actually hooks right up to the player’s iOS device. Much like many modern console controllers, the GameCase provides dual analog sticks, trigger buttons, a d-pad, shoulder bumpers, an interface “home” button, and four face buttons.

Several GameCase-compatible games are already in the works according to Apple and the company confirmed that at launch, the GameCase will support iPad 2, iPad Mini, iPhone 4, iPhone 4S, iPhone 5, iPhone 5S, and iPhone 5C.

Sadly neither Apple nor ClamCase could reveal pricing information for the GameCase nor did they have a confirmed release date set. Those who are interested in snagging a GameCase for their iOS device as early as possible are encouraged to register on the official GameCase pre-order website so ClamCase can notify them via email when the GameCase is officially on sale.