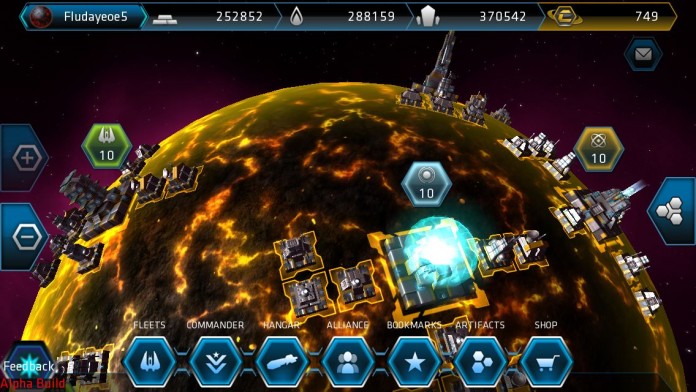 The strategy game Galaxy On Fire – Alliances has received a new update today. As expected, the new update includes some brand new contents for the game.

The update, called Space Travelers, adds a new Star Map, which will allow you to find the positions of your carriers on the map and travel to them.

Also included in the update are a few new achievements, as well as some new technologies to research. One of the new technologies introduces a new spin during battles, allowing you to improve your ships rather than ground troops.

Some of the structures have also received some new possible upgrades and the tutorial of the game has been polished, providing even more details on the game’s mechanics.

Galaxy On Fire – Alliances is an involving strategy game that will require gamers full attention, as there is a lot to keep track of during the course of the game like base bulding, research, resource collection and more. If you’re looking for a game that can keep you busy for a long time, consider taking a look at this free to play strategy game.