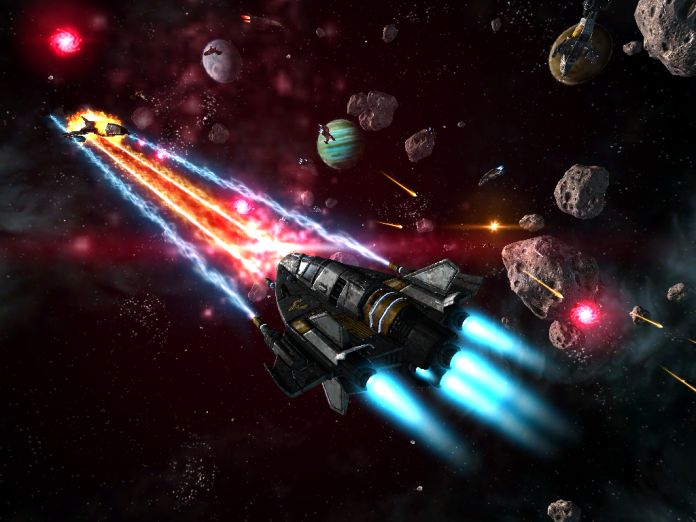 If you like space themed shooters, a game like Galaxy on Fire 2 HD is the right title for you.

If you have already been enjoying the free to play title developed by Fishlabs, you’ll be happy to know that you’re now able to get all the expansions for the game for half price.

The first expasion pack is called Valkyrie. This DLC introduces a new storyline, ships, star systems, planets, characters and weapons. Among the new features introduced by the DLC are player controlled missiles and the ablity to slow down time.

The second update pack called Supernova is even bigger than the first one. Supernova introduces tons of new contents like new locations, characters, ships, weapons and equipment, Included in Supernova are also new hacking, bounty hunting and plasma harvesting missions. If you love the game, all the contents included in this DLC will make you love it even more than before.

Both DLCs are aso available in a bundle which will allow you to spend a bit less when getting both expansion packs.

Galaxy on Fire 2 HD is now available for download on the App Store. The base game is a free to play title that can be played on both iPhone and iPad.

If you have no idea what Galaxy on Fire is about, you can check out a gameplay video right below. Be careful when watching the video though, you’ll feel a sudden urge to get on a spaceship!