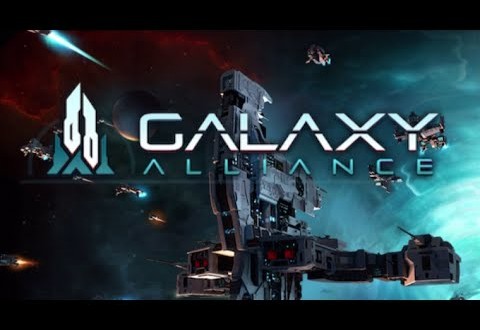 Galaxy Alliance: New Horizons is a futuristic base management game. Build the biggest colony you can imagine, assemble a fleet of the most powerful ships, and take down your enemies! We’ll help you dominate your enemies and develop your planet into a force to be reckoned with! Let’s get started with our Galaxy Alliance: New Horizons cheats, tips and tricks strategy guide!

1. Complete all the planet quests!

As you progress through the main storyline, the planet quests will always lead you on the right path. If you are ever unsure of what to do with your base next, then just keep following the planet quests. They will ensure that all aspects of your base are up to snuff and that you’re ready to fend on any would-be attackers!

2. Always have additional quests queued up!

Aside from the main planet quests, there are also Daily and Alliance quests. Daily quests don’t actually have you perform any kind of task, you just need to start the quest and wait the designated time. After that time is up, you can collect the reward. Alliance quests function the exact same way, but you can only take them if you’re part of an alliance. They will also earn you rewards for your alliance as well. There’s no down side to taking these quests on, so always make sure you have one quest of each type active at all times.

3. Prepare for the inevitable assaults from other players!

When you first start the game, you’ll have the Peace Diplomacy buff applied to your base. This buff prevents other players from attacking your base, and it lasts for a 24 hours. Use this time to prepare for the inevitable; build a lot of ships and set them to your defense squadron. Other players are going to be preying on new players so make sure you’re ready to fend them off!

After every battle, make sure you take the time to head back to base to fix up your ships. Going into battle with damaged ships is a suicide mission, so don’t even think about trying it! Keep your ships in top shape before tackling a mission or another player’s base. You will end up with a lot of resources anyways, so don’t skimp out on repairing your ships!

5. Bring the right ships for the job!

Each type of regular ship, excluding flagships, have types that beat each other out.

If you’re planning to attack another player, try scouting their base first. If your scouting technologies are high enough, you’ll be able to get information on what kind of ships they have to defend with. Combine that with the tip above and change your formation so that you have the advantage!

As mentioned above, you should always repair your ships after every battle. With that said, over time your army will grow and you’ll quickly run out of space in your repair bay. Be sure that you are upgrading it along with your other structures, as you’re going to need that extra space!

If you have any other tips or tricks regarding Galaxy Alliance: New Horizons, let us know in the comments below!