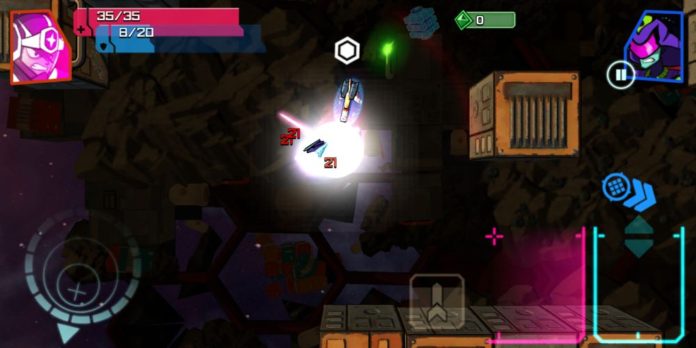 Most action-RPGs on mobile are really just RPGs. The action sections are so perfunctory that all you’re doing is tapping the screen. In most cases you can even set the combat to take place automatically.

GALAK-Z: Variant Mobile is a different kind of action-RPG, with just as much emphasis on combat as there is on the role-playing aspects of the game. For once, a bit of skill actually helps.

But you also have to be a mean dogfighter. 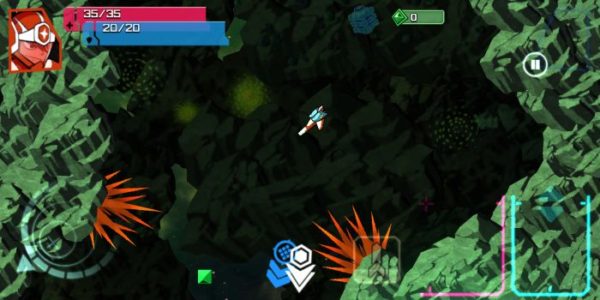 There are 100 stages in the huge single-player campaign, which sees you taking on the evil Baron and his Imperial army of pilots, along with pirates and Dark Bot bosses.

In each of these stages you’ll be trying to navigate a narrow network of passageways, from caves to fortress-like structures. Enemies you kill leave behind salvage, which you can collect and put towards upgrades. Bosses leave behind relics, which you can decrypt for bot parts, fragments, and other loot.

The enemies you come across are all ace pilots. You can tell because they fire missiles not towards where you are but where you’re going to be, forcing you to constantly alter your course. Levelling up your ship and bots is important, but if you can’t dodge an attack and then blow your attacker out of the sky you won’t get very far. 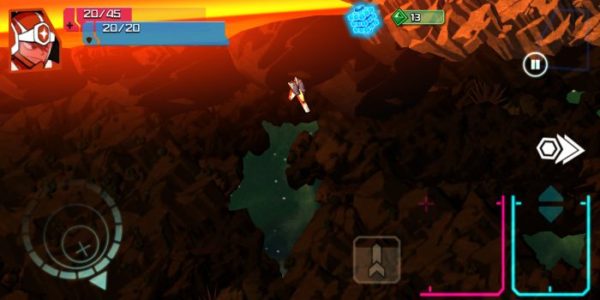 Like the best RPGs, GALAK-Z: Variant Mobile has its own intricately worked out economy of fragments and bot parts and crash coins and missions and various other balls to juggle.

It also has a asynchronous multiplayer component. You can assign your bots to a defense team, which will automatically defend your base against attacks from other players, and you can become an attacker yourself, taking out another player’s AI representative for bot parts and trophies. There are also Bot Battles and Leaderboards.

In terms of features, GALAK-Z: Variant Mobile has everything you’d expect in a mobile action-RPG. It also has something you wouldn’t expect: top flight arcade action.

Download it now on Google Play and the App Store.