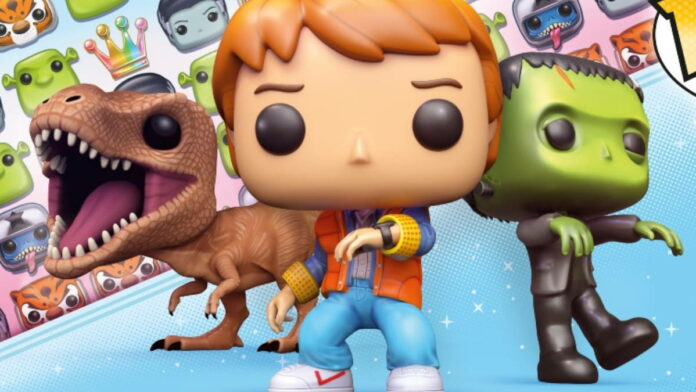 Funko Pop figures have taken the world by storm since their conception back in 2011. The short and stubby beady eyed collectible figures proved to be a massive hit, and Funko created more and more figures based on popular media.

Comic books, animation, TV shows, video games – you name it, and there are probably Funko Pop figures based on it. Now, the little figures have landed on mobile platforms and they’ve brought match-3 mayhem with them in Funko Pop! Blitz, a new puzzler for iOS and Android.

Players will collect their favorite Funko Pops from all sorts of different brands that range from the lovable green ogre Shrek to the loud and ferocious Tyrannosaurus Rex from Jurassic Park.

Take your chose Funko Pop and start the blitz, a match-3 puzzle that features other Funko Pop characters. Slide three similar figures together and watch them pop! You’ve got limited time to blitz, so how high can you score?

Each Funko character has their own unique ability that can be unleashed during a level. Some characters can clear out pieces from the board, while others can shuffle the board around and have other kind of effects. Which Funko Pops will you choose?

And of course, the usual match-3 puzzler toppings are here to help you out, like boosters and power ups. Special events are held every now and then to give players a chance to win exclusive Funko Pop figures.