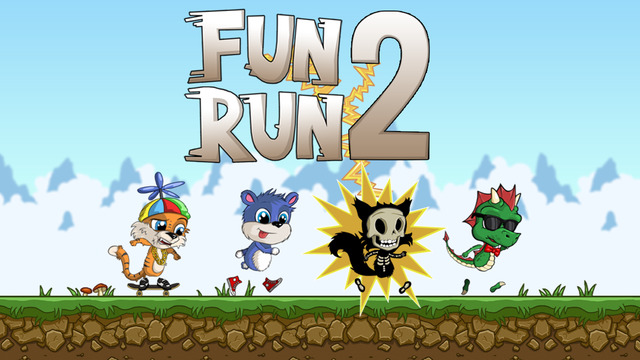 It’s that time again, the time where various woodland creatures (and dragons) gather together to compete in a potentially deadly race! Fun Run 2 is a competitive multiplayer racing platformer that pits you against three other players from around the world. Run like the wind, time your jumps, and use your weapons to grasp victory! We’ll help you dominate the competition with our Fun Run 2 cheats, tips and tricks strategy guide!

Winning in Fun Run 2 is all about knowing the level and the items, so let’s get started with our Fun Run 2 strategy guide to becoming the best runner!

Knowing when and where to use which power up is the key to victory. Skill can only get you so far as a lot of the items are unavoidable!

The levels that you run on are fixed maps, meaning that the layout is always the same. It’ll take a couple runs through of course but try to keep in mind what you’re running through. It’ll come naturally as you play more, but knowing the level layouts is a big part of winning. Try to remember where the speed boosts, item boxes, and big jumps are.

3. Be smart with your starting item!

At the beginning of each race, each player is given a starting item. This item can be anything, so be careful! Some player who start out with an offensive item will try to launch it as fast as they can, so try jumping at the beginning to avoid it. However, some will even jump and then use it, making it extra tricky. If you start out with a balloon or a shield, it might be a good idea to use it right away in case anyone does manage to clip you with a weapon. If you’ve got a weapon yourself, try to wait a split second before you use it to see how your opponents react, then capitalize on it.

4. Stay grounded as much as you can!

Jumping lets you hurdle over obstacles sure, but take care not to jump too much. Every time you do your speed is reduced by a bit, and you might also potentially jump over a speed boost! Knowing when and where to jump is the key. Keep an eye out for obstacles or traps and leap!

For the most part, Fun Run 2 does a good job at handling lag, but sometimes you’ll get some oddities, like dying out of nowhere or other players warping around. I highly recommend that you only play if you’re connected to wi-fi, as 3G is a bit unstable for the game. It’ll help reduce frustrations from odd deaths and unusually speedy players.

And there you have it. With this guide you should be climbing the leaderboard in no time! If you have any other questions or suggestions, leave a comment below.