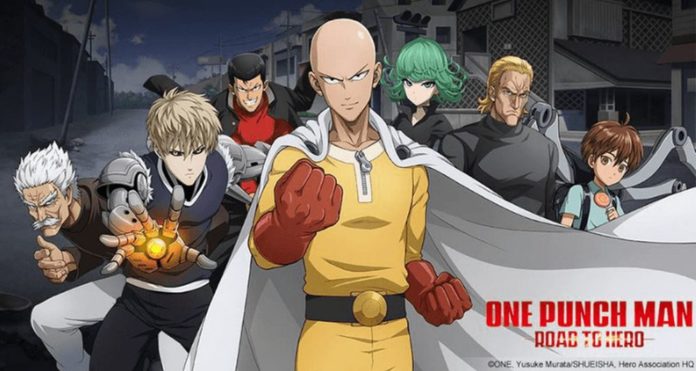 One Punch Man is among the most popular Japanese anime shows released in recent years, but it still hasn’t made it big in the gaming world, as there are very few games based on the franchise. This has changed today, when a brand new free to play RPG has been released on the App Store.

One Punch Man Road To Hero, developed by Oasis Games, is now available on iOS worldwide. The game was originally announced a few months back, and pre-registrations wen extremely well.

So much that the release date was pushed forward, as One Punch Man Road To Hero was meant to be released on September 16th.

One Punch Man Road To Hero is also coming to Android very soon. Oasis Games stated that it still doesn’t have a final release date for the game but it should be coming soon.

One Punch Man Road To Hero is a free to play battler RPG where players collect characters from the series and relive battles against mysterious beings, like Vaccine Man, Deep Sea King, and Lord Boros.

Staying true to the series, Saitama himself is not playable, as he would make every battle trivial, but he can be summoned when needed during battles.

With One Punch Man Road To Hero featuring art from Yusuke Murata, the creator of the series, and voice acting from the anime, the game is setting out to be the one to play for all fans of the show.

One Punch Man Road To Hero is now available in all regions on the App Store. An Android version will be released shortly.