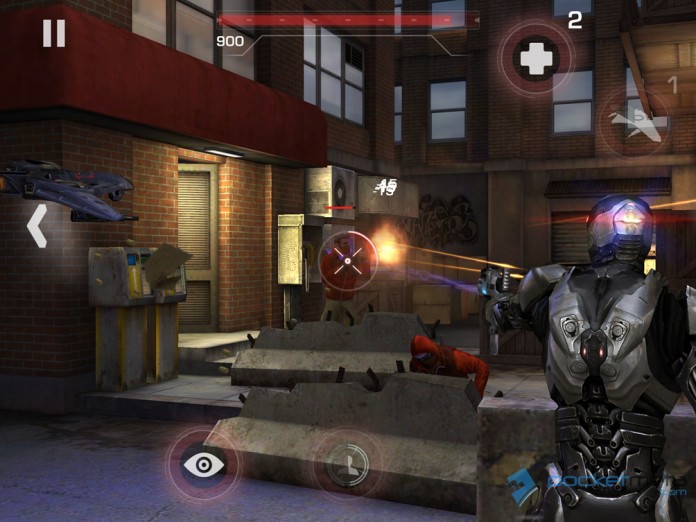 If you are one of those lucky guys who has lived in the 80s and early 90s, you surely know about RoboCop. The first movie, released in 1987, was quite successful back in the day thanks to its instantly recognizable main character, a cop who was reborn as a robotic justice enforcer.

As many already know, a reboot movie of the franchise will be released next month and the accompanying tie-in game is now available for download on iOS.

The new RoboCop game is a third person shooter where players will control the cyborg, leading him from the Omni Consumer Products’ training area to the streets of Detroit. In his endeavors, RoboCop will have to fight thugs as well as other robots.

Luckily the available arsenal is quite varied, allowing RoboCop to take down any kind of opponent. Players will be able to use firearms, drone strikes and others. Weapons can also be upgraded for extra power and so does RoboCop’s Suit.

The RoboCop game is now available as a free to play title on the App Store. The movie will launch in UK on February 7th and in the U.S on February 12th.

If you have no desire to waste bandwidth downloading a game you don’t know anything about, you may want to check out a fresh gameplay video by going here. Whatever you think of the game is of no importance as RoboCop will still defend you from crime and injustice.