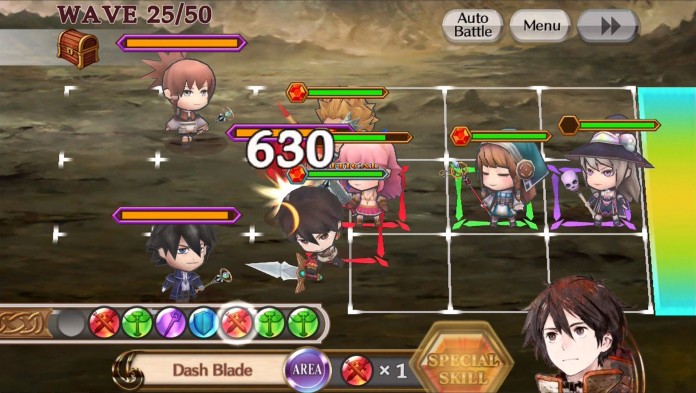 A new Japanese role playing game has been made available on the App Store in select regions a few hours ago, a game that’s been quite successful in Japan ever since its release.

Chain Chronicle, developed by Gumi Inc., is a free to play role playing game where players will have to defend their base from the Black Army, a group of unsavory individuals aiming to destroy the continent of Yggdra.

Gameplay wise, Chain Chronicle plays like very few other role playing game currently available on the App Store. Players will have to control their five units on a 3×3 grid, moving them so that they can get in the way of enemies, fight and defeat them. The game’s units belong to one of five classes – Soldier, Knight, Archer, Wizard and Cleric – each one with special skills that can also be chained together, becoming more devastating in the process.

Chain Chronicle is now available for free on the App Store in the US, UK, Canada and Australia. Together with the base game, two extra chapters have also been released, expanding the game with new story and gameplay content. Those not living in US, UK, Canada and Australia will be receiving the game and the extra content in the very near future, according to the team.