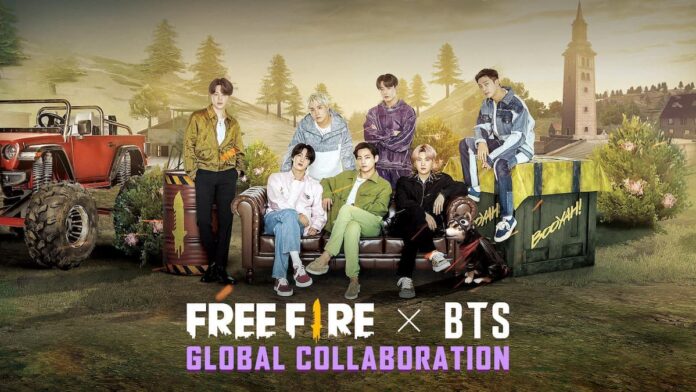 Following the Assassin Creed collaboration, Free Fire has announced its next crossover with renowned music band BTS i.e, Bangtan Sonyeondan. The partnership will commence on March 25, and a series of new events, rewards, and missions will be made available in the game.

Knight Clown, a reliable Free Fire data miner, has managed to provide a breakdown of the new events releasing throughout Free Fire x BTS crossover. So without any further ado, here’s the list of upcoming events.

As per the reports, the Free Fire x BTS crossover will commence on March 24, 2022, and continue until April 16, 2022. During this time frame, a variety of challenges will be released in the game through which fans can win an array of freebies, including weapon skins, emotes, grenade skin, outfits, and more.

If you still have any questions regarding the Free Fire x BTS collaboration, feel free to ask them in the comments section.

Free Fire is one of the most famous battle royale games currently available on PC, Android, and iOS.

Related: How to get Free Fire Name Change Card