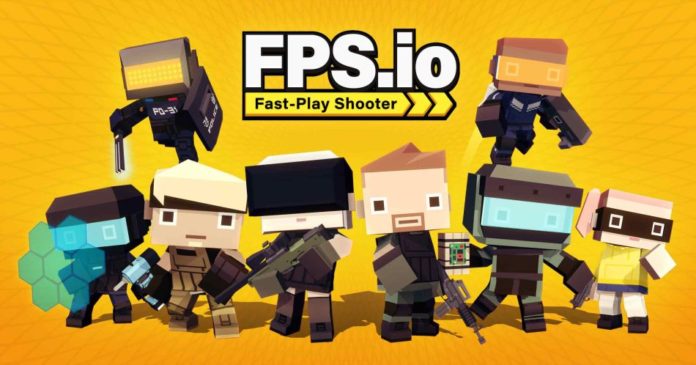 I am a huge FPS.io fan: cute and fast paced, this game will keep you busy for hours, playing over and over again and trying to get better. But you can’t succeed unless you’re playing your favorite character, and that’s exactly what we’re going to talk about in today’s article: what’s the best hero or character in FPS.io?

The screenshots you will see below were taken on early in the game in order to have the base stats available and to easily decide which is the best character in the game. New ones will be introduced with each new Season, making things even more interesting – but until that happens, we’ll only talk about the characters available right now.

So let’s not waste any time and instead let’s find out who’s the best hero / character to play as in FPS.io! We’ll start by checking them all out and talking a bit about each. 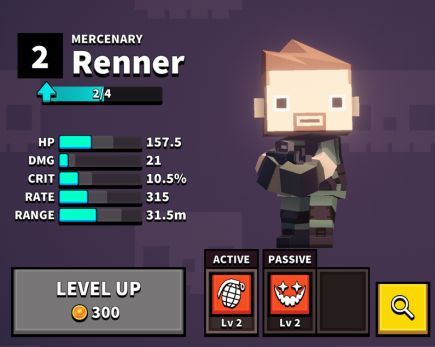 The default starting hero and a really good option overall. He’s sporting a rifle that fires extremely fast and deals decent damage overall. The active skill is not that useful as it requires a bit of practice to get used to, but the passive skill which increases the dealt damage if under fire is really good. All in all, a really good character in my opinion! 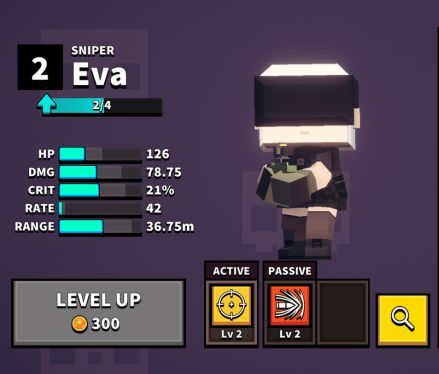 Although low on health, she is a real beast from a distance and deals a ton of damage. Not very useful in close combat or when enemies know her location, but if you prefer to stay away from crowds and take enemies out one by one from afar, she’s the girl for you.

Unfortunately, because of the play style you’ll be forced to adopt, it will be a bit difficult for you to collect the fallen figures of the characters you kill, and this is a big loss. But sometimes, all you need to see is high numbers on your kill list! 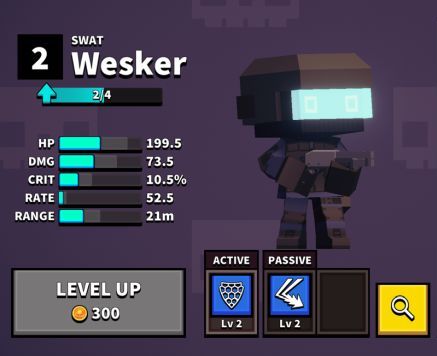 Armed with a shotgun that is useless at long range, this unit deals a ton of damage if you manage to get close enough to your enemy. Wekser has a really good health ratio and also a solid active skill (a shield) that makes him almost undefeatable in one-on-one combat situations. His passive is the reflect damage, which causes damage to enemies shooting at him.

All in all, this is a good character to play as, but requires some advanced techniques and a bit more practice. I personally don’t enjoy playing as him that much, but I can agree that he’s deadly! 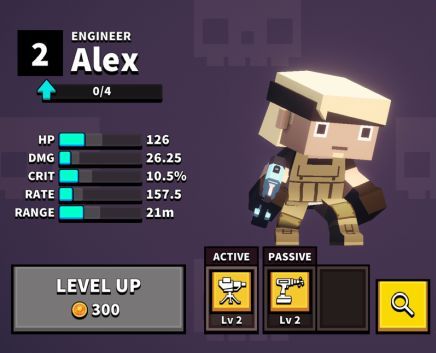 One of the most unique heroes in FPS.io, the engineer is pretty much worthless in combat due to the low damage and low range of his main weapon, but he has an ace up his sleeve nevertheless: the active skill is a sentry gun that, once placed, automatically shoots at enemies coming within range).

The gun has decent hit points and causes solid damage and it can also be repaired if you shoot at it with your gun. However, due to the fact that it is immobile, it’s not that useful in the long run. 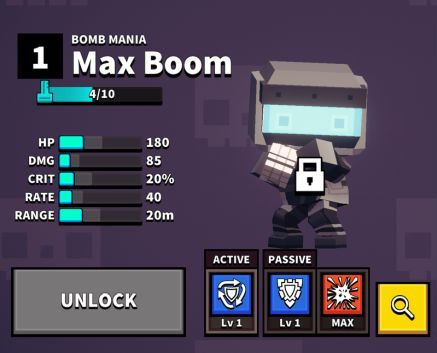 A character that’s great for crowd control, Max Boom deals area of effect damage, hitting all opponents that are around when his bomb detonates. He does have to come close in order to make that happen and you’d better be good at aiming, but if you meet these requirements, he’s deadly.

He also has a really impressive passive skill – one that restores 100 armor points after each cooldown, which makes him even better after close encounters. Not an easy character to play as, so make sure to get a lot of practice with him if you want to play this guy! 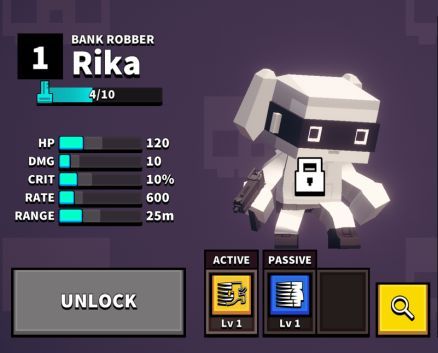 Agile and quick, Rika empties her clip in no time, dealing massive damage in the long run as long as you can hit the target. She has some really good skills too – a passive chance to simply dodge any incoming shot, and an active one that gives here invisibility for a small amount of time. Now this is fun! 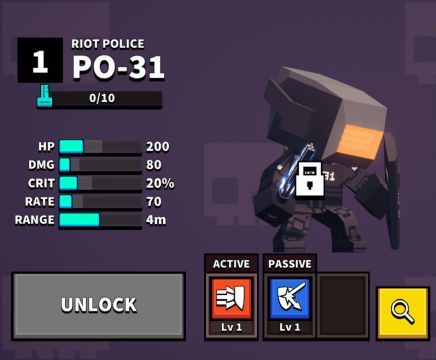 Similar to Wesker, this is a hero that’s built for close combat. Melee, actually, as you can only attack using his police baton which deals a ton of damage, that’s true.

Despite these apparent problems, he’s an extremely strong character, especially thanks to his skills: any frontal damage he takes is reduced (starting at 55% reduction!), and his active skill can stun opponents and deal damage at the same time. With a bit of practice, this one’s going to be a killer! 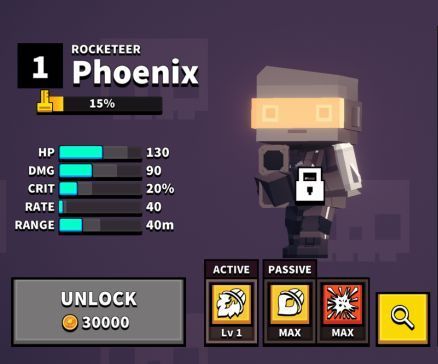 Not very easy to get this guy as he costs a ton to unlock, but once you do, you have all the reasons to be happy: he’s a real beast!

He deals a ton of damage with his rocket launcher, affecting all characters that are around. The good thing is that unlike Max Boom, he has a solid range that makes him extremely dangerous. As a downside, he’s easy to kill as he has very low health.

So… which is the best hero in FPS.io?

As you can see, the characters in this game are very varied and balanced, each coming with their own set of advantages and disadvantages. So choosing the best is really difficult, since play style also comes into play – and yours might be different than mine.

However, if I am to select a winner, I’d go on and say that the Mercenary is my favorite hero so far. Close by is the Bank Robber since I love those surprise attacks, closely followed by the Riot Police – he’s an absolute beast if you can keep calm and go for melee encounters with your opponents.

Eva the Sniper also deserves a honorable mention since she can indeed bank on those kills like no other player. However, her lack of mobility and uselessness in face to face confrontations kept her out of my top 3.

Now, if you need a more complete guide for the game, we have that available as well: make sure to read our FPS.io tips and tricks and get better at owning the battle arena! 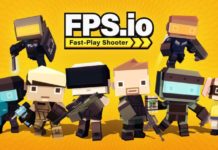