If you’re wondering how to play FPS.io to get a better player, then you’re at the right place! Our FPS.io cheats and tips article is here to help you understand the basics of this great game, but also get you acquainted with more advanced stuff that will turn you into a killing machine.

Atypical for a .io game as it is basically a multiplayer shooter, FPS.io is charming, fast paced and extremely amazing thanks to its character level up process and lack of forced microtransactions for progression. A really good game overall that you will surely want to master.

So let’s just focus on that right now and find out how to become a better player in this game, thanks to our FPS.io tips and tricks below! 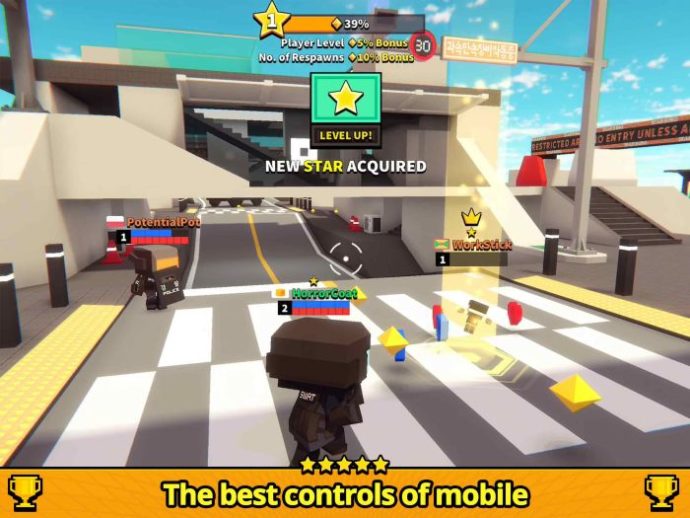 Find the best hero / character in FPS.io
There are multiple characters available to play as in the game, but some will fit your play style better than others. By default, I would say that some of the starting characters are better to play as than others: the Mercenary is great, while Eva is deadly if you don’t mind spending some time away from the heart of the battle, taking out enemies with your sniper.

Find the character that fits your play style the best and set it as your main hero. You can either respawn in a battle, once your character is killed, and get an XP boost bonus or you can simply go back to the menu and restart a battle in order to play with your favorite character at all times.

Get to higher ground
You will usually have more success at taking out enemies if you go to higher ground as soon as possible. There are multiple areas that give you the height advantage over other players and it does take them some time before they realize they’re being shot at from above.

This is especially useful for Eva the Sniper which is absolutely lethal from some of the areas that offer her some extra protection and an easy shot with her sniper rifle. But even if you’re not playing at her, as long as you have a character with decent range, being up and above all is the better choice. 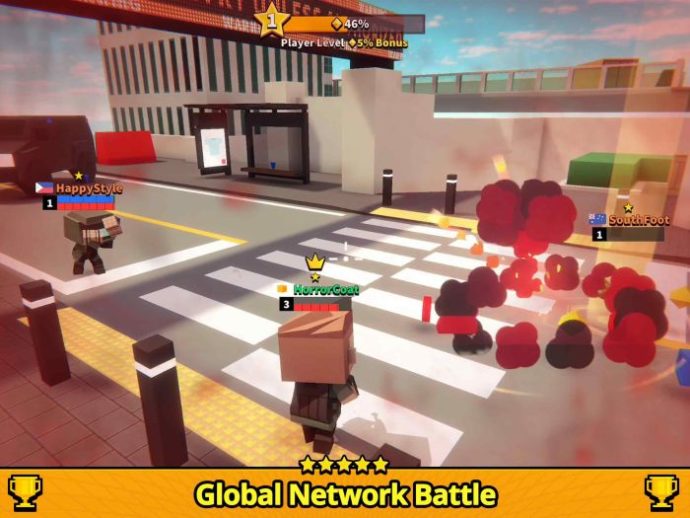 Spend time to collect the yellow shards
I know that you want to get into the heart of the action as soon as you start playing, but it is wiser to spend some time and collect the yellow pieces around your spawning location. These give you XP points and you should collect as many as possible in order to level up your Hero.

You get XP from killing other players as well, but the yellow shards that you can find everywhere on the battlefield help you get those levels up faster.

Remember that if you respawn after being killed, instead of simply leaving the game, you will get an XP bonus of 10% (which increases with each respawn).

Having these in mind, it might be a good strategy not to start playing as your favorite character and instead use it last in order to get the highest XP bonus possible, making it a lot easier for you to level up and become even better.

Pick solid skills when leveling up
Whenever you level up, you have to select one of three skills that influence various stats in the game. Obviously, some are better than others and you should always choose the ones that help your character and playing style the most.

I believe that there are a few generally solid skills that you should pick up no matter what. One of these is the Reflect skill which basically causes damage to enemies that shoot at you. Other solid skills to consider are those increasing the range of your weapon and the damage dealt, as well as the auto healing skill. 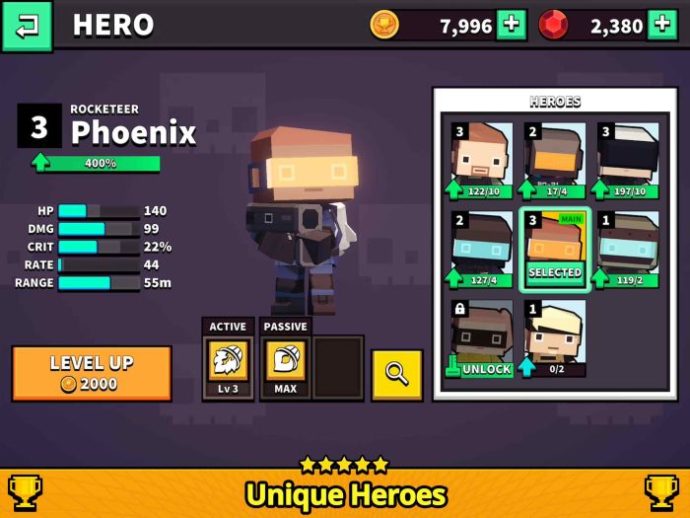 Master your hero’s special skill
Every hero has a different special skill or ability. Some are definitely better than others, but you should try them all out and master them for each of the heroes in the game, since they can be extremely useful.

Eva the Sniper, for example, can zoom in from afar and take perfect shots (you can also get out of zoom mode by tapping the skill button again), while other can place a sentry gun, throw grenades and so on.

Have in mind that in most cases, you can use these special skills one after another as there’s no cooldown period involved. This might change in the future, but take advantage of this while it lasts.

Collect character figures left behind by killed players
It is extremely important to collect the character figures that killed enemies leave behind sometimes when they are killed. These figures are the main things that you need to level up your characters and you need a ton of them later on – so make sure that you collect as many of those as possible! 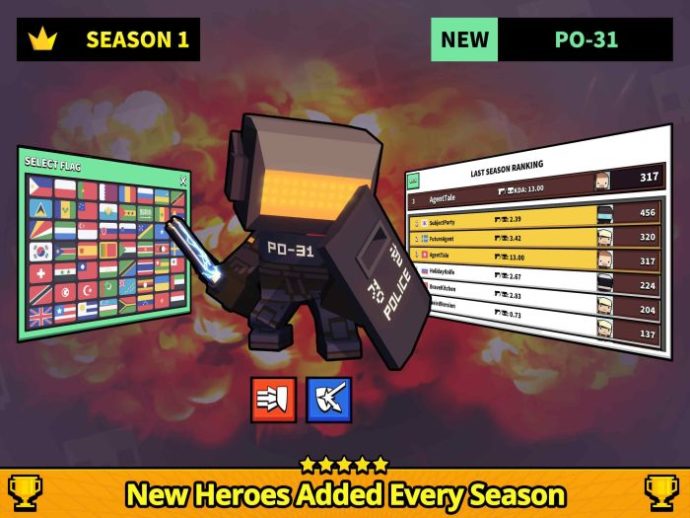 Grab the free boxes
You can also receive random character shards from loot boxes that you can open in the game. These are usually purchased with real money, but you can also watch a video ad every 15 minutes to open a box or get one for free when you complete the daily mission. So make sure that you take advantage of all offers to score some free boxes as the rewards inside are amazing!

Upgrade all heroes
Even though you will definitely dislike playing as some of the heroes available in the game, you should upgrade them all if you have the chance because this simply makes them better.

There is no other use for the figures that you collect in battle and you will eventually spawn as your least favorite heroes anyway, so it’s best to have them at the maximum level possible in order to increase your chances of survival and damage dealt.

How to unlock new characters in FPS.io?
Every new Season in FPS.io will bring in a new character. Unlocking them is not that easy, because you will need to collect the corresponding numbers of figures before being allowed to unlock them and play as them.

In order to collect these figures, you should play the game and kill Heroes of that particular type and collect the figures they drop. You can also get them a lot faster from Boxes – but you will have to open quite a few of these because you can’t control the type of characters received from them.

This would be everything that we have for you right now in terms of FPS.io tips and tricks. If you have additional strategies that work, don’t hesitate to let us know by sharing your own tips in the comment section below. 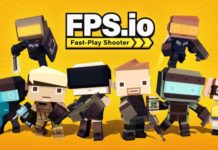