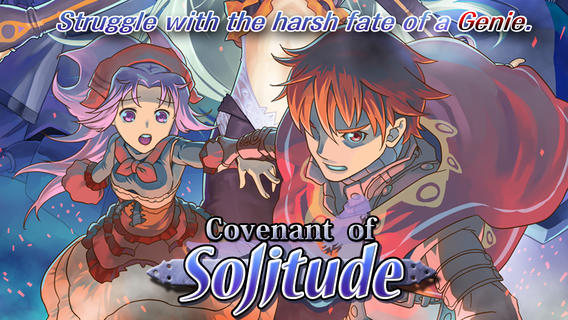 Kemco is a team fans of Japanese role playing games know well, as it has published many RPGs on the App Store.

Four of the Kemco’s published role playing games are now available for reduced prices on the App Store. Starting today, players will be able to get Journey to Kreisia, Cross Hearts Arcadia, End of Aspiration and Covenant of Solitude for only $0.99. A real bargain, considering some of these games usually cost $7.99.

Kemco’s role playing game aren’t exactly innovative titles, as they usually feature classic role playing games’ mechanics like turn based battles, a top down view and more. These games are more aimed toward nostalgic gamers who want to experience again what made 16-bit role playing games great but this doesn’t mean that the games cannot be enjoyed by less experience gamers, as games like Covenant Of Solitude are quite enjoyable if one can look past the almost generic 2D presentation of the game.

The four Kemco’s role playing game are currently available for reduced prices on the App Store. We don’t know when these deals will expire so make sure to purchase these titles as soon as possible if you’re interested in any of them.