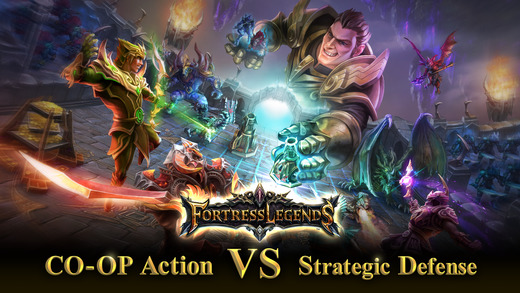 Gems are the premium currency of this game and you can buy a plethora of helpful supplies with them. You always want to make sure you have a hefty reserve of gems, so here we will list the various methods we’ve found to get gems.

Don’t spend your gems to speed up constructions. Save them for Pixie Tents. Pixie tents increases the max size of your construction queue, allowing you to construct more buildings at the same time.

2. Destroy all of the structures!

When attempting a Co-op Battle or Challenge Stage, be sure to clear out the entire fortress before you leave. In order to get all three stars on the level, you need to destroy every single type of structure inside – that means resource banks, resource producers, traps and turrets. In case you wander into the boss room before destroying everything, make sure you’re away from the center of the room when you defeat the boss. The exit portal appears there and if you’re standing there when the boss goes down you might be forced to exit.

3. Group with players close to your level!

When tackling another player’s fortress, you will be grouped up with three other players. When you’re grouping up, try to find players that are around your level. When your group is finalized, the game will check the highest level in your group and assign you an opponent who is close to that level. That means that if you’re with someone much higher level than you, you’re going to end up fighting a high level player which means there’s is a good chance you will be killed very quickly by traps and enemies!

Conversely, if you are high level and the rest of the group is low leveled, you will have little to no help against the high level player you will inevitably go up against. Stick to your level to ensure that everyone has a fair chance!

4. Work with your teammates!

When participating in co-op battles, be aware of your positioning and your class skills! If you have a broadsword or twin daggers equipped, you should be at the frontlines taking on enemies head on. If you have a staff or bow equipped, you should hang back and pick off enemies from afar. While there is no penalty if one of you go down, it’ll be much easier if you can make it to the fortress owner with everyone still alive.

5. Think about your skill points!

While we encourage you to try out all of the classes to see what you like the best, just a little heads up: once you assign a skill point into a active or passive skill, it’s in there for good. If you want to respec your character, you’ll have to pay a 10,000 mana fee, so be think carefully about your skills!

6. Pack your buildings together tightly!

Summoning circles, traps, and turrets all work much better when packed near each other. Depending on the layout of the room you have, try to work with the walls. Place valuable targets – like your Mana Tank and Gold Vault – against the walls, then surround them with your defensive structures. For example, you could put a summoning circle by it with an Acid Cannon and Fire Statue nearby. That way, invaders will have to fight off the enemies while being bombarded by the turrets. There are many different layouts you can pull off, so try everything.

That’s all for Fortress Legends. If you have any other tips or tricks to share, leave a comment below!