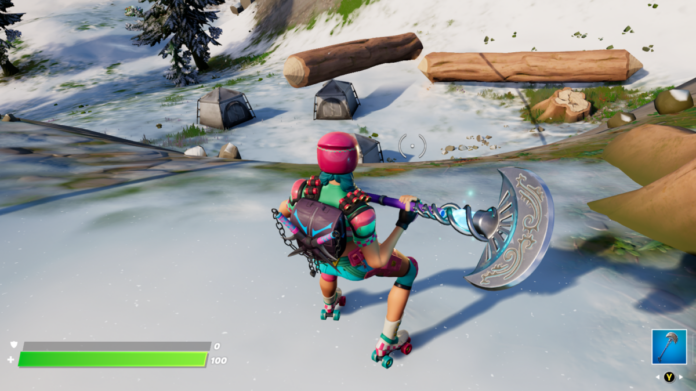 Fortnite Chapter 3 Winterfest event is finished, but Sgt. Winter has one more gift in store! Players have been wondering whether there was going to be another present under the tree due to the notification showing there was more to come. The event has since ended, however, and no present appeared! The Fortnite devs hinted on Twitter that there was more to come, however, so we waited patiently.

Players who launched the game last week would have seen a note from Fortnite in the bottom right of their screen. It read: “EXTRA WINTERFEST PRESENT! Winterfest shows there’s an extra Present that cannot be opened. We’ll be granting you the new Crescent Shroom Pickaxe later this week.”

They kept their promise, and any player who launches their game will now discover this special gift is ready to use! The gift pops up instantly when you load up the game, so there is nothing more for you to do. It comes with a note of apology from Sgt. Winter for the recent outages where players were unable to play thanks to the servers going down for hours.

It is a great looking new pickaxe, “Fit for a mushroom king. Part of the Fungus King set.” The staff handle is purple, with braided blue leather tied to the end. It has twisted metal attached to the top, with an ornate crescent that looks like it is harnessing the power of a magical glowing Slurp Mushroom. The effect as you harvest for materials is a similar shiny blue as if you were consuming a Slurp Mushroom. As this rare pickaxe is part of a set, we should expect more in this style to come.

This is great news for Fortnite fans, and we are so glad that the rumors of a secret gift were true! Now we await the rest of the Fungus King set!