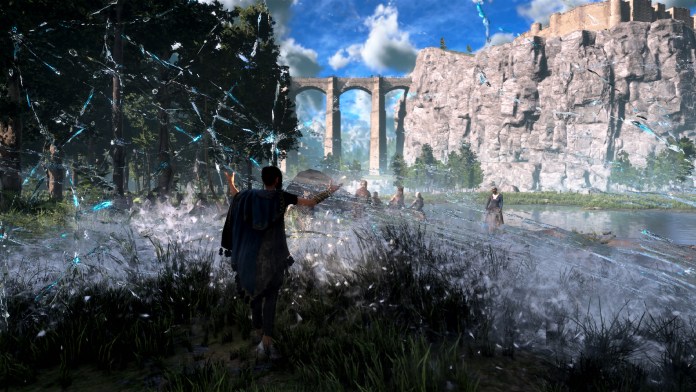 Forspoken is easily one of the most anticipated titles of the year. And while a lot of players are hoping to get their hands on the adventure game starring Ella Balinska, many of these players will be disappointed after seeing the game’s PC requirements.

The game tells the story of Frey (Ella Balinska), a New Yorker who was mysteriously transported to an unknown but hostile land where she is gifted with magical abilities. Players must journey through these ancient lands to find answers and uncover mysteries, but it’ll be almost impossible for most of them to even begin, due to the game’s ridiculous system requirements.

After weeks of waiting for the game’s official requirements for PC, Forspoken‘s System Requirements were eventually released a week before the game’s global launch. And the details raised a lot of eyebrows amongst gamers, especially those who’ve been waiting to get their hands on the game for quite some time.

Obviously, these are all some very high and over-the-top requirements. But the biggest issue for a lot of players is Forspoken‘s minimum requirements, which include 16GB of RAM to run at a mere 720p and a lousy 30fps.

If we look back at some recent titles, there is Elden Ring, which came out last year and dominated every other game to ultimately win Game of the Year. It only required 12GB of RAM at Minimum and 16GB of RAM at Recommended settings.

RAM requirements aside, Forspoken will also take up a hefty 150GB space on your HDD or SSD storage, making it an even bigger game than Rockstar’s Red Dead Redemption 2, which took up around 120GB.

A funny detail is that Square Enix is not even providing players with an option to play the game at 1080p, which is usually the resolution the majority of PC players prefer. But Forspoken‘s outrageous requirements only mean that perhaps it’s time for all of us to buy new PCs or switch to consoles altogether, as there’s a chance that mid-range PCs will no longer support these high-graphics new releases.

Forspoken is scheduled to release on Jan. 24, 2023 on PC and PlayStation 5. It is also going to be a timed console exclusive—according to Sony’s “Play Like Never Before” trailer, it’ll be two years before Xbox players can get their hands on the game.