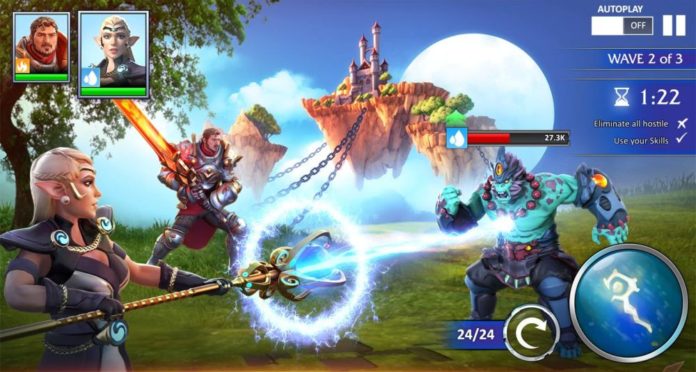 Forged Fantasy is an epic RPG game from Hothead Games and we’re here today to share some Forged Fantasy cheats and tips with you in our complete strategy guide to help you start on the right foot, build the perfect team and win all your encounters, be them in the single player missions or PvP.

There are some new mechanics in the game compared to other similar RPGs – mainly the way you control your units and switch between team members – but there are also a ton of features, some of which might be easy to miss. We’re talking about them all here in today’s article.

So let’s get straight to business and check out below some Forged Fantasy tips and tricks to help you play a better game!

Go through the story missions ASAP
Story missions are extremely important, especially early on in the game, as they help you unlock all the features of the game, as well as reward you with the needed items to improve your starting heroes and even give you new ones.

So my suggestion is to focus on them and try to reach the final mission for unlocking the latest event (that’s somewhere in the late 4th chapter). Afterwards, there are other places to spend your energy on and we’ll cover those below. But you want to complete the first 4 chapters ASAP, no matter how many stars you get per mission. 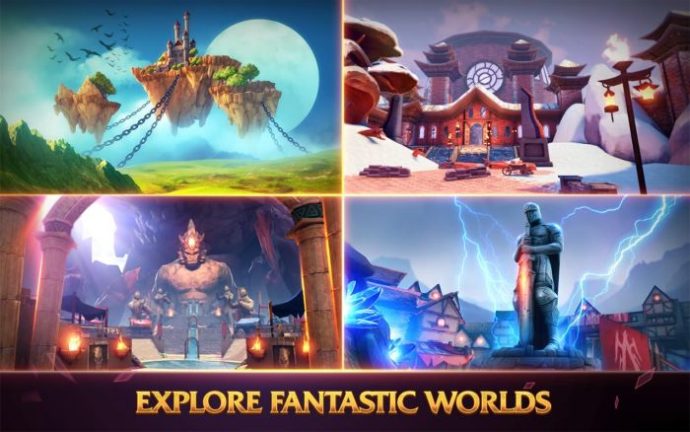 Open Hero Chests ASAP
The Hero Chests are the ones that cost 300 gems in the store, but they guarantee a Hero. Now, opening them one by one is not as good as waiting to unlock a pack of 5 (you save 100 gems this way) and you are guaranteed a 3 star hero, but if you don’t want to spend real money for gems, it will take a long time before you’ll afford that pack.

So it’s best to simply buy boxes one by one in order to hopefully increase your Hero counts and get some rarer heroes (hopefully).

However, if you do plan to spend money on the game, it’s better to wait until you can open the pack of five – not only for the savings, but for the guaranteed rarer hero.

Complete the Daily Missions
Each day, you will get a set of quests that challenge you to do various things in the Forged Fantasy. I recommend always playing to complete the missions, because completing 10 of them gives you the daily reward, which is 30 Gems and some hero shards. This means that every 10 days you can unlock a Hero Chest for free, which is pretty huge.

Plus, you get all the other great rewards that come from completing each of the mission too! 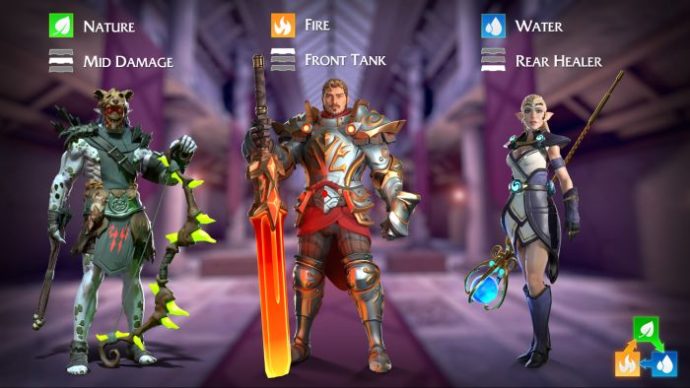 Farm Heroes on the Hard Mode
After unlocking all the features in the game by reaching the required stage in the Campaign, you should start spending your energy on getting more heroes in Forged Fantasy – which is easily done in the Hard Mode.

Certain missions will give you additional hero shards which will either unlock new ones or allow you to Evolve existing ones. Check them out, see what’s available and focus on getting as many as possible each day.

If you’re looking for even more methods on getting extra characters in the game, I wrote a complete guide on how to unlock more heroes in Forged Fantasy.

Level and Skill up your best heroes
The next thing you should be focusing on, now that you have a solid bunch of heroes available, is leveling them up and skilling them up.

My recommendation is to always invest in skills as soon as you log in to the game, in order to allow the timer to run out and refill the skill points. 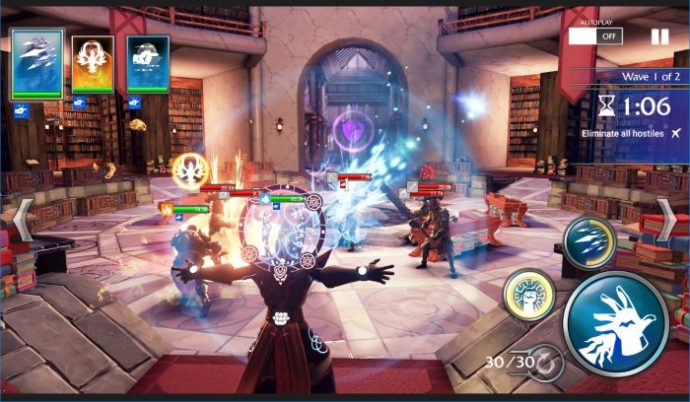 Evolve and Promote your Heroes
The next step is promoting and evolving each character. The latter basically increases the Star numbers of your hero, making them a lot stronger, while the former gives a smaller boost, but unlocks new skills which are extremely powerful.

Once all your heroes (or the important ones) are fully equipped, move on and complete more campaign missions, to get access to the better items. This is basically the entire concept of the game.

You also have the alliance store where you can purchase a lot of goodies with the Crystals earned from alliance-based events, so it’s always a good idea to be in a very active alliance. I also believe that future updates will bring improvements to alliances (such as alliance wars, so make sure you’re in a great one to start with!) 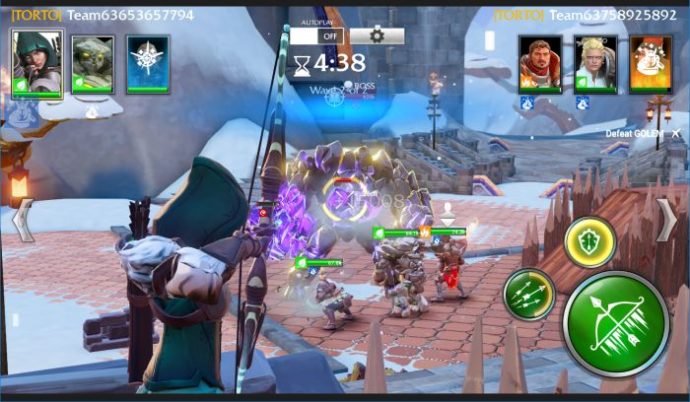 Take Part in PvP, Especially Tournaments
PvP is absolutely amazing and can reward you with tons of goodies if you perform well there. For each victory in the Forged Fantasy PvP, you win up to three keys – and when you have 9, you get to unlock a chest. Even more, there are regular tournaments taking place in the game with even more awesome rewards based on your rankings.

It is true, these are a bit more time consuming since you have to manually play the battles, but it’s totally worth it!

Build a team based on the enemy you’re facing
Although in most cases simply having your best, most favorite heroes in your team of 5 is enough to move you forward in the campaign, you will sometimes have to look at the enemies you are facing and bring in heroes that are strong against them.

The game follows a very basic rock, paper, scissors mechanic, with three different elements, each of them strong against another and weak against the third. Try to at least keep this in mind when deciding what enemies to target with the player that you control in order to deal more damage.

Manual control vs Auto vs Quick Play
There are three ways you can play through the battle parts of the game, and we’re talking about each of them below and when you should choose one or the other:

Manual control: this is what you should go with in important battles, like PvP, Gauntlet missions and such. Pick the player you like the most and do your best!

Auto: This is perfect for farming and battles where the health of your heroes doesn’t really matter at the end of the day. This is for campaign missions, usually.

Quick Play: This automatically gives you a win on a stage that you have previously completed, receiving the rewards instantly. Unfortunately, although this is the fastest way to go around, it’s usually not the best option when you’re looking to complete events or such. But it’s ideal for collecting equipment for your characters!

These would be our Forged Fantasy tips and tricks right now. We’ll have more guides coming soon, to help you even more with some specific parts of the game, but until then don’t hesitate to share with the world, in the comment section below, any additional tips you might have.