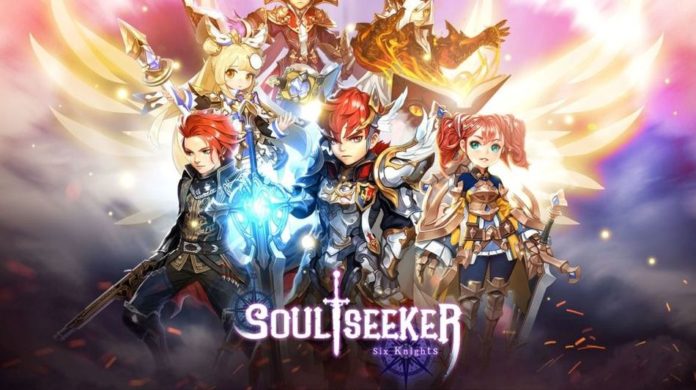 This new games features quite a cute character base, and quite a lot of characters (more than a hundred to be precise) to choose from. You will have to think of the best composition for a team of 6 (three supports and three damage dealers) and embark on a journey to bring home the Soul Stones. 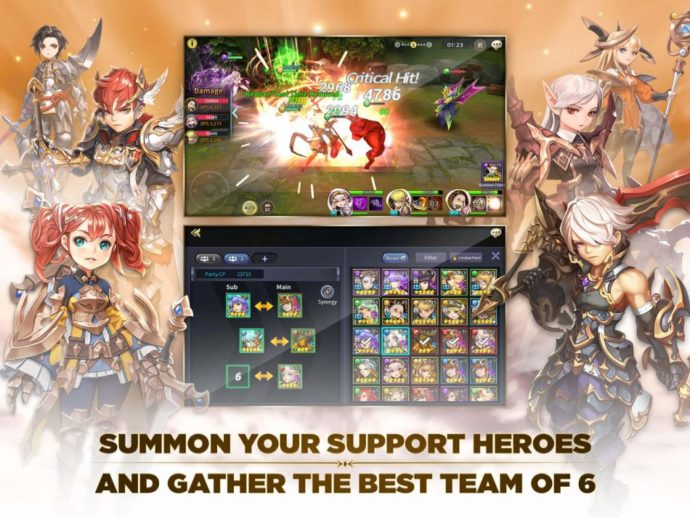 All the characters will have their own unique skills and attributes to bring to the table, as well as an element (Fire, Water, Air, Light, Dark). When forming a team you will need to think ahead in order to pick the best element that counters the enemy.

In Soul Seeker: Six Knights, a new character will make an appearance: Irene. She will be available in two elements, water and light. So make sure you aim to get her since she will bring quite a few good attributes to the team! 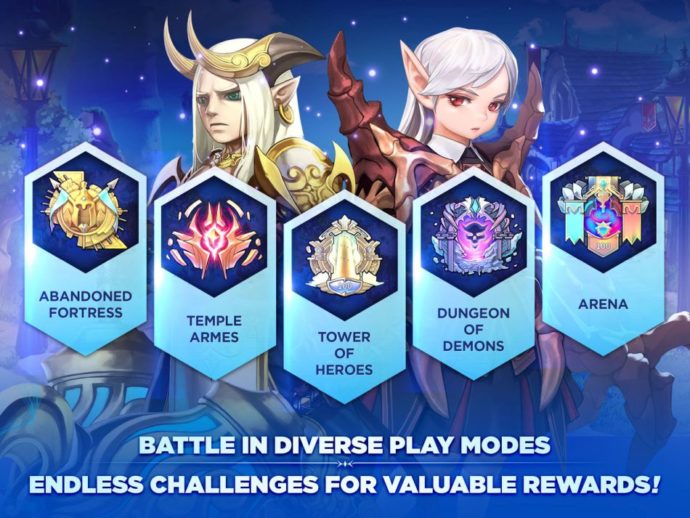 Another thing to keep in mind is that there will be PvP arenas (for the bloodthirsty bunch) and tons of PvE instances and quests (with corresponding rewards) with many in-game events due to the game being released worldwide. For more rewards check the game’s Facebook page and the new Packages in the in-game shop.

Soul Seeker: Six Knights is available now! To download the game and assemble your hero team, head on to the App Store or Google Play and start your journey today! 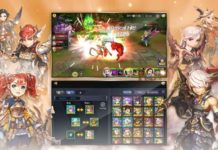 All You Need to Know to Join the Fight in Soul Seeker: Six Knights