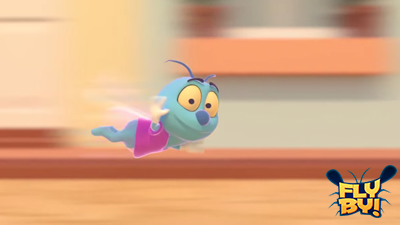 Oli the Fly is a curious case. He’s been raised by bees since he was young, so now he has taken it upon himself to gather nectar like the other bees to prove that he can do it just as well as they can! In FlyBy, an endless runner, you will help guide Oli through treacherous environments full of aggressive plants in order to scoop up as much nectar as he can. The game is self-proclaimed difficult, so let’s get you prepared with our Flyby cheats, tips and tricks strategy guide.

Ready to gather up all of that succulent nectar? Let’s fly with our Flyby cheats, tips and trick strategy guide.

Make sure to use the dragging control scheme and not the tap!

There are two methods of controlling your character in FlyBy. One method is by tapping anywhere on the screen and your character will immediately fly to that spot. Don’t use this method; it’s not viable once the game gets going. Trust me, the screen gets really cluttered the longer you survive, and tapping to move is too inaccurate for the kind of precision you want to have. The other method – and the preferred one – is by tapping and dragging; your character will automatically follow ahead of your finger. Use this method and get to used to it, because it gives you enough accuracy to dodge and weave out of dangerous situations.

Buy Boris the Dragon instead of upgrades!

The amount of nectar you need to upgrade your power ups is ridiculous! The cheapest upgrade is the first Magnet upgrade, which is 1000 nectar. It makes the magnet last from 5 second to 10 seconds, which is a substantial upgrade, but the power ups themselves are so rare in the game I don’t think they’re really worth it. I recommended saving up for the first unlockable character, Boris, not counting Toasty. Boris has a 25% chance of reviving upon defeat which I think is really good, and he’s only 2500, so I recommend buying him first before you buy any power up upgrades.

There’s not much else to say in terms of direct tips, because it’s pretty much like Flappy Bird where you just need to be precise to survive! In that case, I’ll go over the different types of obstacles you’ll see during your flight and the best way to avoid them. 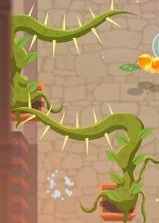 Watch out for these guys! They will periodically take a bite in the direction they’re facing, and you don’t want to be there when they do! They bite in approximately 2-3 second intervals, so once you see them take a bite, and you see that the path is clear ahead of them, dash through quickly.

These purple flowers are packing heat! These seemingly normal flowers will fire out deadly green goop straight ahead of them every couple of seconds. They seem to do in the same kind of interval as the chomper flowers, so once you know the coast is clear above the flowers wait for them to shoot then zoom past them as fast as you can.

These guys aren’t directly dangerous, but they can still lead you into an untimely death! When you see these guys spawn on the sides, they will shoot out a glob of goop at the screen, temporarily blinding you on that respective side of the screen. The goop goes away rather quickly so it’s not too much of a hindrance, but be careful anyways and proceed with caution when you get gooped.

Road blocks are much like the thorny vines – they’re completely stationary and they’re sometimes set it up in long horizontal patterns. You know the drill: just swing around them when it’s safe to do so. They’re not much of a threat!

The rest is up to you! FlyBy, much like the difficult endless runners before it, requires a lot of quick reaction time, so you want to just keep playing and playing and before you know it you’ll be drowning in nectar, dodging left and right like a pro. Good luck, have fun, and if you have any suggestions or questions, leave a comment!