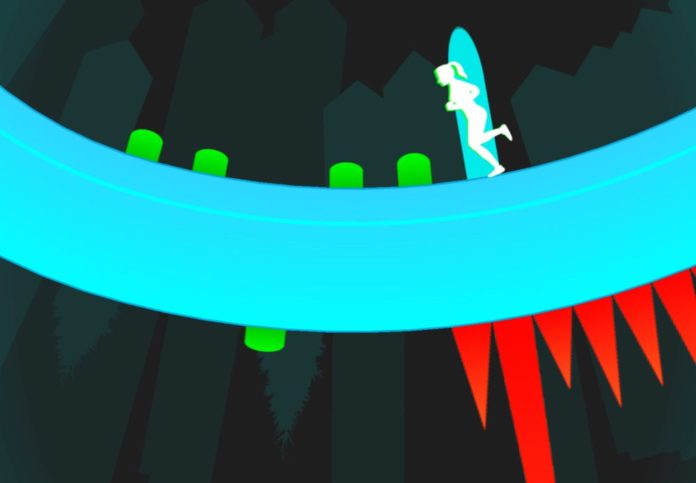 Flippy is a brand new running game from Ketchapp, one of those titles that you simply can’t stop playing. And since that’s the case, we’re here to share with you a bunch of Flippy game cheats and tips to help you run longer, beat your high score and eventually unlock all runners.

This is clearly a game where your skill matters the most – and we can’t help too much in that area. But every little bit helps, since a single extra tap might be the key to beating your previous record and we’re trying to help you achieve that. Because you’ve got to keep on running, that’s a fact!

But let’s not waste any time and instead let’s check out below some Flippy tips and tricks for Ketchapp’s game!

Ignore the other runners
The other runners are great for scoring points, but they’re even better at something else: distracting you. They are not great runners and you should never keep an eye on them. I know that this is extremely difficult, but once you are able to do this, you will run great lengths.

The secret that goes hand in hand with ignoring the other runners is to keep training your eyes and mind to only look at the side of the track you’re currently on. Nothing else matters – if you can stay focused on your side, you will do a lot better in the game. And you’ll still collect the runners for points, don’t worry about that either!

Look after the blood trail
Although this doesn’t give you a lot of advance warning, it’s better than nothing: there’s a small red trail before the spikes and you should always be on the lookout for it. As soon as you see it, just tap it to switch sides. Don’t wait until you are too close! 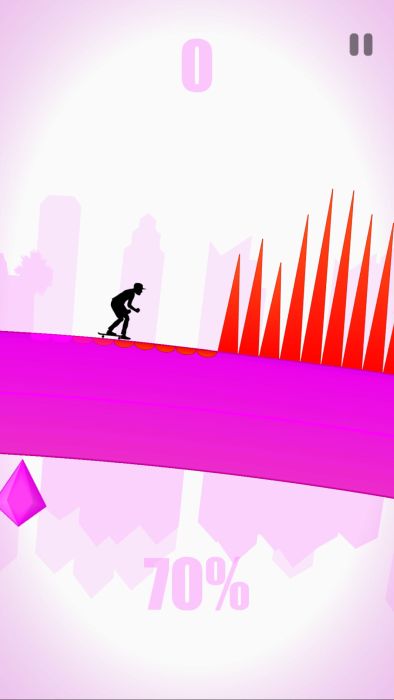 It’s true, this could mean that in very few occasions, tapping as soon as the red trail appears results in you jumping straight into the spikes on the other hand, but the risk of that happening is minimal so you’re much better off tapping the screen as soon as the blood trail appears.

Get the speedy arrow
If you really want to get a huge boost, make sure to pick up the golden arrow that appears on the track every now and then. It doesn’t only give you super speed for a limited amount of time, but it also makes your character invincible, so it’s one of the most awesome (if not THE most awesome) things you can get in the game.

You can quickly unlock a few extra characters by following the developers on social media, while all the others are unlocked when you have enough gems. Luckily, you won’t have to rely solely on those collected during your runs and you’ll have a chance to watch ads for extra gems and you will also be rewarded with free goodies daily and every now and then.

Watch ads to keep on going
One of the best ways to give your score a huge boost is to watch an ad and keep going. This should only be done after a great run, when you’re close to beating your high score. Otherwise, it’s not really worth it: make sure that when you watch those ads to keep on going, they count!

Take short breaks
Since it’s very demanding on your eyes and concentration, Flippy can make you get very tired, especially if you play it for long periods of time. This is why taking short breaks (or even longer ones – it’s no problem with those either) is a great idea.

Let your eyes and brain rest a bit and you’ll see that you’ll perform a lot better when you return. Practice makes perfect – that’s true, but you can’t get great results if you’re exhausted and can’t focus!

This would be everything we have for you when it comes to Flippy strategies to help you run longer. If you have managed to find other tips and tricks that you’d like to share with fellow players, don’t hesitate to do so by commenting below. And if you have a super high score you’re really proud of, don’t hesitate to share it with the world as well!