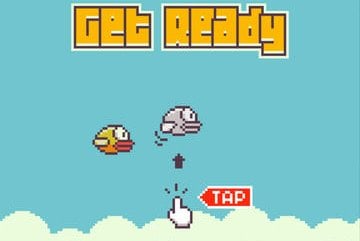 Sometimes they come back, an older horror movie revealed to its audience. And it’s true, as some things that have made an impact in our lives do come back, sometimes.

Jokes aside, it’s been confirmed today that the huge smash hit Flappy Bird could be making a glorious comeback on the App Store soon.

The news comes from Dong Nguyen himself, who has revealed in an interview with Rolling Stone that he’s currently considering bringing the game back. This time, however, he is going to let gamers know before the game starts that Flappy Bird is a really addictive game and that gamers should take a break from time to time.

The news should make all gamers to currently don’t have access to the game happy. And they should be quite a lot, considering how many developers have tried to cater to this audience with the release of several clones of the game. The number of clones has become so high not too long ago that Apple started rejecting games with Flappy in the title.

Those who worried about the health of Dong Nguyen will be happy to know that he is doing absolutely fine. He revealed to Rolling Stone that he has quit his day job and he’s now focusing on creating new games. They probably won’t be as popular as Flappy Bird but it’s still good to know that he has no intention of resting on the laurels.

Flappy Bird Could Return Soon To The App Store