The list of the best characters in Fist of the North Star Legends Revive is finally here – and it took a bit longer than anticipated to have it ready. But I am sure you will find it extremely useful, as it will help you a lot to decide which Fighters to focus on and improve for long term usage.

We’re actually sharing a FotNS: Legends Revive tier list in today’s article, one that ranks all heroes from the best to the worst (in our opinion).

When actually ranking the heroes, we took all their skills into consideration (although most won’t have them all unlocked when you revive them), as well as their general stats – like Attack, Health and so on.

Don’t forget that when it comes to tier lists – and even selecting just a few fighters to consider “the best” there are many variables that come into play. Therefore, there will always be disgruntled readers, unhappy with the selection and ranking.

Creating such a list is, in the end, based on the player’s own experience and subjective and even though we did our best to be objective and use the facts: stats and skills of the said characters, some people might still disagree with our list.

But we personally believe that it’s actually a really solid one and it will help you a lot in putting the fighters into perspective. So with all these in mind, let’s see which are the best characters in FotNS: Legends Revive, based on our tier list below.

This is the absolute best hero in the game, in my opinion. It has some killer moves and amazing starting stats and an absolute beast to have in the front row.

An amazing hero with great starting stats, but with even better skills: his 4-star passive is great as it reduces defense of all enemies, and he is perfect thanks to his Special and Secret skill at taking down enemies one by one – or at least making them almost useless if they’re not completely destroyed.

Another amazing fighter, one that can become 100% lethal thanks to his Critical Skill buffs. The perfect choice for dealing massive damage or final blows, he also has a good 4-star passive if you build a team with Nanto characters.

While I am not as impressed with Thouzer as I am with the other UR fighter in the game, Ken-oh, I can’t help but admit that he is indeed an amazing fighter thanks to some massive starting stats.

I would’ve liked his Special and Secret Skills to be a bit better though – but at least we have a debuffer in him and that can prove extremely useful in long, difficult fights.

A good character that becomes even better when paired with Shin (thanks to the 4 star passive that increases Critical Chance). Good for debuffing (when reducing the Chi) or Stunning enemies. A really good fighter overall!

A massive tank that’s difficult to take out, Koryu also comes with the really useful Chi reduction. Any fighter with this option is really good in my eyes as anything that reduces the Chi is overpowered imho.

Koryu also has all sorts of boosts that increase his HP, making him a really hard nut to crack up there in the front row.

I have to admit that I really like Mamiya – probably for her Chi reduction and not just her looks. She doesn’t deal a ton of damage, that is true, but she decreases damage reduction of enemies, deals damage to all opponents with her Secret Skill… she’s really good and I had great results with her.

A good fighter to have around if you need a solid damage dealers. He likes to inflict pain and he’s built to do so as often as possible and with increased effectiveness.

Our starting character is actually really good – plus, he’s very easy to star up and improve thanks to all the rewards that you get related to him.

He also has some good stats, decent health and deals a lot of damage. Plus, any hero that increases the attack of all allies is a good one in my books – and that’s exactly what Kenshire starts doing at 4-stars.

The best of his bunch, he’s also great for dealing damage to multiple enemies and sometimes stunning them as well. Not amazing, but good.

The second best tank in the game, in my opinion, he doesn’t do a lot in terms of damage, but is really difficult to take out. He boosts the defense of front row allies – which helps keep the back row damage dealers alive – but there’s also a lot of randomness in his attacks – which is the reason why he doesn’t rank higher.

He’s the first 4-star that I got in the game and I wasn’t extremely happy about that as I know that there are better fighters out there… but the truth is that Jackal is not that bad!

He deals a lot of damage and has decent health – enough to be placed in the front row early on if you don’t have other options (and rarely you will), reduces the Chi of his opponents and also has a chance to stun… a good guy in the end!

I really like him, especially because of his secret and second passive: he deals damage to back row opponents (and those are usually the damage dealing ones), plus boosts the attack of allied back row fighters. So definitely good stuff here!

Not the best character for all situations and difficult to play – that is true, but there are definitely worse options than this guy (better, too!).

What I like the most about him is the chance he has to revive after being defeated and this can be a game changer in tough battles. But again, there are better options out there too.

While he does have a solid 4-star passive, he’s too random to allow solid planning, so I wouldn’t really use him unless I had no other options.

I’ve seen him played by many strong players and he seems to be a favorite since he’s a beast (no pun intended) in attack. But his rage is mostly useful against Tech Type enemies… and if you’re facing none, he drops quickly into the A tier. Too much of a risk to have him around imho.

Good tank with a good secret ability, but he deals little damage and isn’t to spectacular in the end.

Very easy to Star Up if you’re active in the alliance (which increases his value if he becomes your highest-star fighter), he’s actually not that good otherwise, despite his skills suggesting otherwise: all those increases and boosts of damage come just every now and then – and without them, he’s pretty much barely scratching the enemies.

I don’t like this pair (talking about him and Fuga). While Raiga is definitely the better one, there are too many ifs and conditions to be filled in order for him to reach his maximum potential. No, thanks!

A decent hero overall, but he doesn’t shine in any area and is not a good long term investment.

Just like Spade above, he’s just there to fill up the ranks but nothing more.

As I said when talking about Raiga, I don’t like him too much for the same reasons as Raiga’s.

He’s the first secondary character that you unlock and while there are some which are worse than him, he’s just of Normal rarity and you will surely have better options unlocked.

With Colonel ranking so high, it might come as a surprise to see the Mad Sarge here. But, there he is, mostly useless.

There’s so much randomness in Amiba’s skills that you can’t really bring him into a battle that you want to plan out at least a bit.

The healer of the game, she’s not too useful though – not even early in the game. Ignore her.

Another character that you unlock early in the game by default – and completely useless as well.

There you have it! This is our tier list for Fist of the North Star Legends Revive, showing you which are the best characters in the game. Do you agree with our list or you’d rank them differently? Let us all know by sharing your thoughts below! 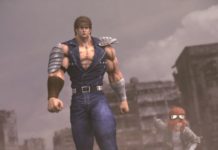 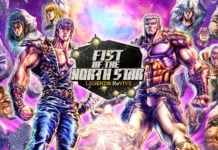 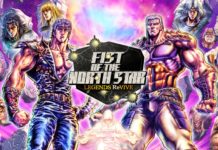