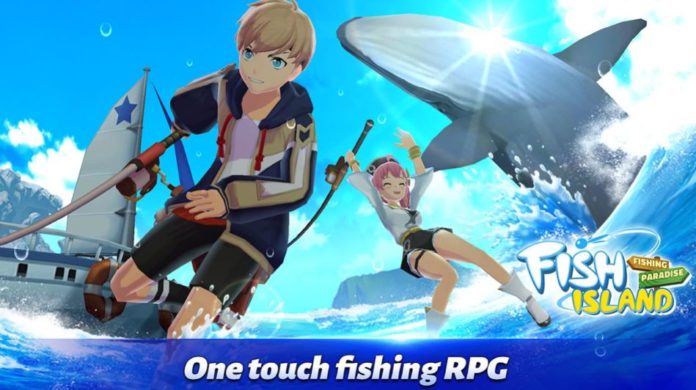 In today’s article we are going to cover all of the FishIsland: Fishing Paradise tips and cheats that we have gathered so far and share them with you so that you can catch the best fish and add them to your collection!

I have to admit that this game is unlike any other that I have played – basically because it combines a cute anime style with gacha and fishing! Yes, that’s right, fishing, gacha and anime together! But it’s done in such a good way that you won’t even tell. Also, let’s not forget about the fun and interactive playing system!

But enough with the praising of the game for now – you can see for yourself that once you start playing it, so let’s do what you came here for – tell you all of the FishIsland: Fishing Paradise tips and tricks that we have! So let’s not waste another second and dive right into them!

Learn how to actually fish!

Arguably the most important thing you can learn in the game is to fish properly, so if you want to learn how to do it right, let me explain a few important pointers for you to keep in mind:

– When you are fishing there will be circles appearing on the water surface and you will be moving your fishing rod around, trying to hit them.

– You can get points for hitting the circles if you are anywhere on their radius with your fishing line, but NOT outside of them.

– So even if you only hit the edge of it, it will still count.

– When you miss a circle entirely you will lose (your own) HP, but when you hit the circle you will reduce the fish’s HP.

– When you hit multiple circles one after another you will make combos, which will deal increasingly more damage.

Don’t mess up your combos

Whenever you are hitting multiple circles in a row, one after another, you will be able to receive combo bonuses, which will deal increasingly more damage depending on how many combo points you have.

I suggest that when you are having a combo you do your best not to mess it up and miss a circle because that will reduce your combo to 0 and you’ll have to start all over again.

It’s really important to take advantage of these combos because they will help you deal more damage and in return reduce the time you need to completely reduce that fish’s HP. I always prefer to miss a circle when I have a combo rather than try to hit it and miss and reduce the combo to 0.

Auto fishing is your best friend

Now the auto play in this game is unlike in any other game I have played before – you can only auto when you have a certain item! So when you receive some certain baits which let you auto fish (you can see which ones these are in the baits menu) you will be able to start auto fishing with as many baits as you want.

This is a great way for you to either farm (while you are AFK) or to try and capture the fish which are super difficult to catch, such as some event fish and Boss fish. So if you are on the hunt for those fish, all that you need to do is set auto fishing and let the game do the rest for you.

All you should keep in mind is that these baits are limited, so you should only use them when you cannot play or want to aim for some better stuff.

Once you have unlocked the Aquarium you will be able to place your own fish in there and have your very own collection of fish on display! This is super fun and useful, and on top of that – it will give you also fish food!

That’s super useful because you can use the fish food in your own aquarium to upgrade the fish you have there so it’s automatically a win-win situation. I suggest that you also don’t miss to make 10 random visits to players all around the world and see their aquariums!

When you visit aquariums and leave a Like for certain ones (of course, the good ones, not the ones which have no fish in them) you will receive 1 Fish Food. That’s super good because otherwise the food costs 10k Gold so it’s not really worth spending your gold like that when you can get them for free!

Whenever you are fishing you might sometimes catch some gears and other types of loot other than fish. I suggest that you always try to equip the best gears possible, because they will make a huge difference when it comes to how quickly you take down (or catch) the fish.

The best thing you could do is always check your inventory for better gears, and it’s really easy to spot them because they will have a red text over them. Yes, it might be a little bit confusing if you’ve played other games, but here the thing you need to remember is this:

– Bad / Worse (than what you have) gears have a blue text with an arrow pointing down.

These are some really important things you need to keep in mind because you don’t want to sell (or fuse) the better gears – you want to equip them.

OK, now that we got the good – bad gears thing straight, you should always remember to enhance them. This will make a huge difference, trust me – from the very beginning!

As soon as you have gathered several gears or gear upgrade materials you should go ahead and enhance those gears because they will make catching fish so much easier. The best way to enhance them is with old gears which you don’t use anymore, and try to save the gear enhancement materials for when you will get some super good end game gears.

Missed a Treasure? Watch an ad and retry for free!

This tip has been so useful for me, especially because I sometimes I tend to rush and miss the circles. So when that happens, it’s best that you are not using Auto Fishing because then you cannot try again – instead, if you are using manual fishing it’s way better because you can watch an advertisement and try again for free.

This is a super useful thing which you should keep in mind because it’s basically 5 Gems saved up – or a free try! So keep in mind: when you are not using auto battle you can watch an advertisement to re-try for free in case you have failed!

This is something which you should do whenever it is available, because it will give you a ton of useful items, from Gold to gears and all kinds of fishing equipment! You can see the option for this in the bottom left side of the screen, and it’s called Treasure Clam!

There you will set sail and start collecting all kinds of stuff. These can be collected when you cannot advance any further, but since this is not entirely up to you, it’s more like up to your luck. But one thing you should do is never forget to do this whenever it is available!

My tip here: you will be able to watch an advertisement in order to receive one extra reward, so I definitely suggest that you do it because it will come in handy quite a lot!

This is something which you should always keep in mind because patience is a super important feature. Whenever you are fishing or fighting, you will see the circles which appear whenever you have to do them. So one thing which will happen most likely if you rush is that you will miss the circles!

So try to always stay patient and not rush, because you never know if they will change direction or expire, and in that case you might just end up missing completely! Therefore in my opinion it’s super important that you stay calm and rather skip a few circles instead of losing health over missing them!

Pick up the bonuses on the circles

On the circles there will be plenty bonuses which you can and should aim for. They will help you restore HP, give you more time or many other such benefits. Let me go into more detail about them below:

– Hearts: the hearts will increase your HP when you pick them

– Treasures: the Treasures will give you extra Treasures when you finish fishing

– Coins: the Coins will reward you with extra Coins

– Time: the Time will grant you some extra seconds in the time meter on the mid-top side of the screen.

Arguably some of the most useful ones are the Time and Treasures, because if you are not missing a lot, then the Hearts won’t be of much use and the Coins… well, they are Coins.

Whenever you fish you might sometimes encounter some beast fights! Those beasts can be found in the Menu -> Beast Hunt and there you will have 10 tries per day to fight various beasts. These tries work like this:

– When you attack a beast, it will reduce one try.

– If you fail defeating it, you can keep on trying (for the time that the said beast is still there which is around 10 minutes), but it will keep on reducing 1 try whenever you fail and try again.

– If you kill a beast with just 1 try, then you will have 9 left for the rest – but you can even take 5-6 tries sometimes if you are clumsy, so be careful because they will not reset from beast to beast!

– You can refill the tries by paying 10 Gems!

In my opinion the best thing you could do is not bother much wit them while you are still at the beginning, at least until you have acquired some better gears and companions!

You can acquire better companions by spending your Gems to summon them. All you have to do is head on to the Menu -> Random Draw and there you can find in the Summon Spirit tab the Spirit Summoning Ticket which costs 30 Gems.

You will also have a Spirit Summoning Pack there, which gives you 11 draws for the price of 10, so if you can save up 300 Gems then it’s definitely something you should do! Also, if there is an event running you should do that event summon instead because it might give you some unique Spirits!

Fishing here is a little more difficult than in the previous areas of the same stage, so try to only access it after you have unlocked the next area because in my opinion it is the best way you can go about this and succeed.

Every single day that you simply log in to the game you will be able to receive some super useful rewards! I suggest that you log in even if you don’t plan on playing that particular day because you can just save them up and use them when you will decide to play!

Another super good reward that you can benefit from is the online rewards – those will be given to you for simply staying online in the game, so if you stayed online – check out the rewards and claim them!

You can check out all of our videos about FishIsland: Fishing Paradise right here:

Also, these would be all the FishIsland: Fishing Paradise tips and tricks that we have for you right now! Do you know some more useful game tips and tricks? Or maybe you have some better fishing strategies? Share them wit us down in the comments section below!