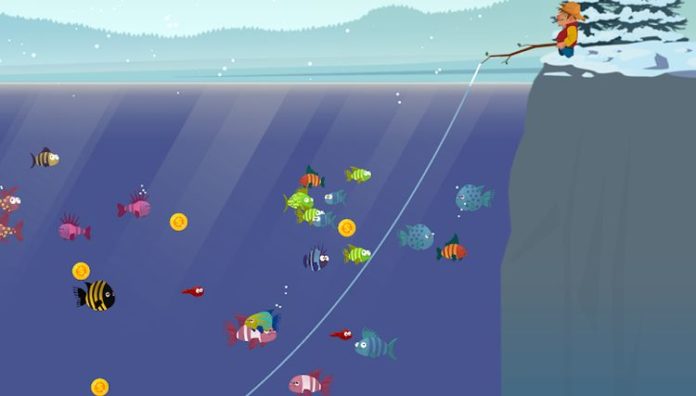 Fisherman is a really cool fishing game for mobile created by Ketchapp and today I am here to share with you a bunch of Fisherman game cheats and tips to help you unlock all fish and get the most out of the game itself.

Although you’ll probably end up buying the No Ads IAP since you are bombarded with them constantly, Fisherman is actually a really fun game with a lot of characters and high addiction factors. There are a ton of things to unlock – from fish to gear for capturing them and new fishing spots, and you don’t have to be a fan of this activity to actually enjoy the game.

And we’re about to make it even more enjoyable by sharing a bunch of tips and tricks for Fisherman by Ketchapp. Check them out below! 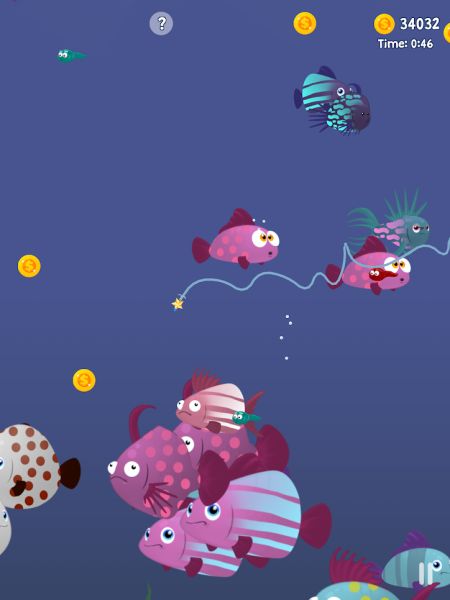 The idea is to launch as far away as possible from the shore, so that you get past the smaller fish and get into the really nice waters where the huge beasts lie. Practice makes perfect here and try to master the hold and release mechanic for launching the lure.

Go towards the larger fish ASAP
It’s pretty simple: larger fish give you more money and make it easier to unlock everything else in the game. So you obviously want to prioritize them and only go for the small(er) fish when time is running low.

An important element here is that any fish that you capture gives you some extra seconds, based on their weight: so the larger the fish, the more you can keep doing this before the time runs out.

You might notice that some of the fish are glowing: these should be your top priority, since they cost a lot. They’re not really easy to catch, but do your best: they’re usually sitting in a more remote area, farther away that the others, so you will probably need some upgraded lines and lures to capture them. 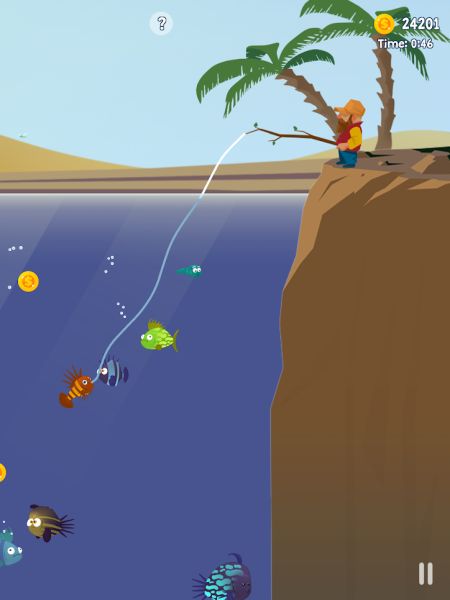 The red worm and green worm
Have you noticed the two small fish / worm thingies swimming randomly in the water when you fish? These are actually extremely useful and they have two different effects if you manage to get your lure over them:

– the red worm: kills the fish that bites next, making it extremely easy to lure it back in.
– the green worm: all fish love it! As soon as you get it, nearby fish will want to eat the lure. This is a good one to try and get when you’re near a fancier fish that’s not interested in your lure.

You need a lot of practice to be able to launch the lure in such a way that you actually get these worms constantly and sometimes they’re in locations where they don’t really bring you a huge advantage, but at least now you know what they do and hopefully you’ll try to get them as often as possible in order to make your Fisherman life easier.

Double your earnings per fish
Even the larger fish give you just several coins early on, so it’s a good idea to take constant advantage of watching an ad to double the earnings from each fish you capture. This makes it a lot easier to get new gear and unlock goodies in the game, so make sure that you always have this boost activated. 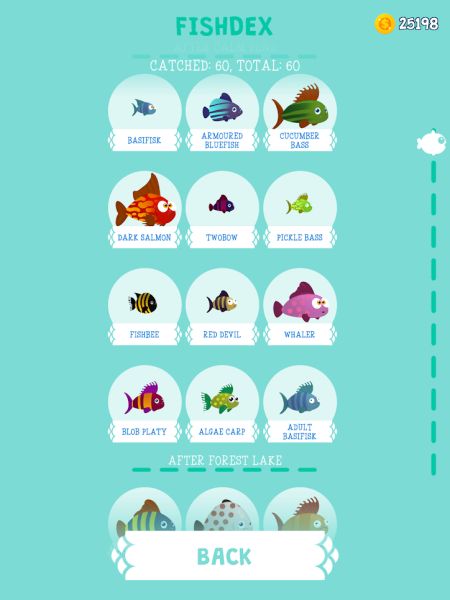 Improve your fishing gear
You should constantly purchase the best equipment available for you in the store: better lures attract better fish and better rods go deeper and are faster. These both help you capture better fish (and get more of them), so the amount you spend on unlocking these will soon be paid off.

You can also unlock new locations, but that’s not your top priority: each location comes with new fish and usually better priced ones, but you should have good gear before getting there anyway. I recommend to unlock a new location only when the gear starts costing more than unlocking the next location.

Finally, you have a lot of costumes available for purchase for your character. These are definitely fun, but they give you no advantages in the game, so you should ignore them for the most part and try to only get one or two that you like the most, when you have a lot of spare coins.

Keep an eye on the line!
Throwing the lure into the water where you want it to go is not the only thing that you have to master. Getting the fish safely before they escape is also something that you should master (but which is fortunately a bit easier to do).

After a fish bites, you can tap the screen to start reeling it in. The line will sometimes turn red: that’s when you should release for a little while, then carry on reeling back in.

It’s important to keep an eye on the line and never allow it to stay in the red for too long as the fish will escape and you’ll get nothing in return. 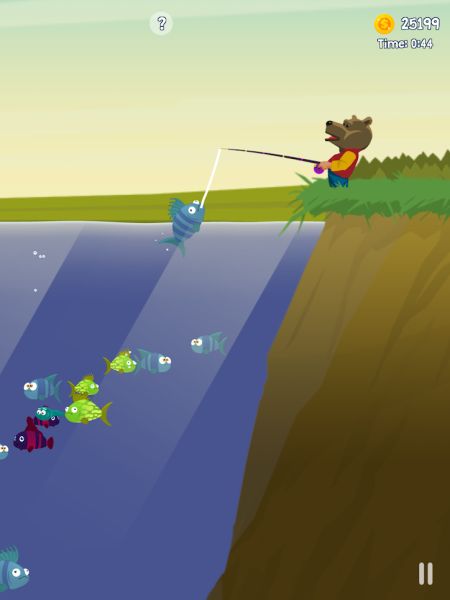 Always be hatching
By hatching the fish you catch, you unlock their adult version which in return will start appearing more often in the waters, giving you more money if you catch them.

These would be our Fisherman game tips and tricks. If you have additional suggestions for fellow players, don’t hesitate to let us know by sharing your comments below.