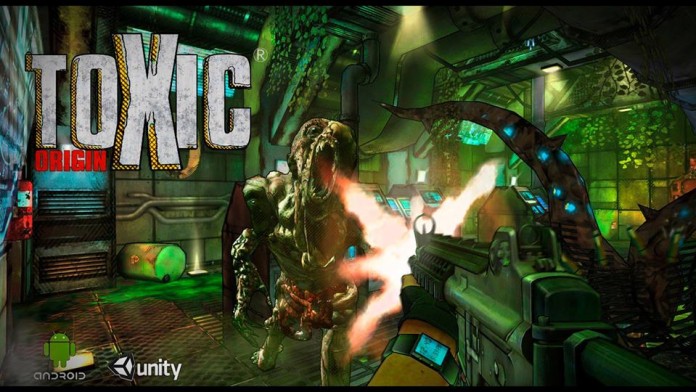 One of the most successful games released in recent years on consoles and PC is Borderlands, developed by Gearbox. The game is a unique combination between a first person shooter and role playing game, featuring a unique cartoonish cel shaded graphics.

Toxic Origin is definitely no Borderlands in its gameplay experience but it features the same unique art style that fans of the series have loved since its beginnings.

In Toxic Origin you will not have to worry about loot, powering up and other rpg mechanics. The only thing you will have to do is survive some close encounters with some mutated creatures while exploring some not too big stages. Needles to say, their mutations have been caused by toxic wastes, hence the title. Not too original, that’s for sure.

Toxic Origin is going to feature several different weapons, as expected in a first person game. The gameplay experience seems simple enough and perfect to play on the go. If you want to learn more about this upcoming game, you can take a look at a gameplay demonstration video by going at the end of this post.

Toxic Origin will be released on iPad on a yet to be revealed date. We’ll keep you updated as soon as more news come in on the matter.