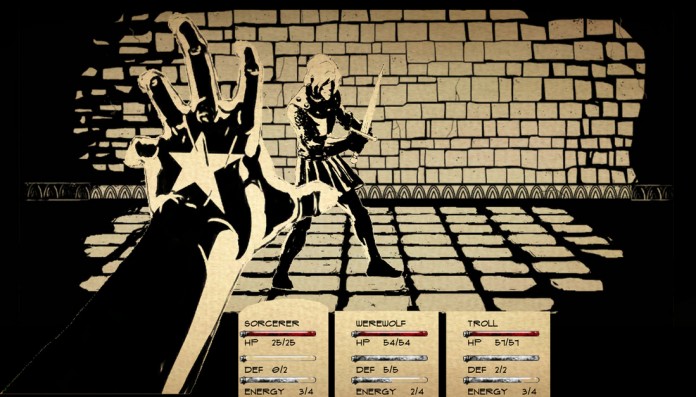 The unique looking first person game Paper Sorcerer may get released this month on the App Store.

Even though UltraRunawayGames, the team behind the game, has recently confirmed that the game is expected to launch this month, the iOS release still lacks a solid release date.

The game is also going to be released on PC so there’s a chance that the team was only talking about the PC release. If this is the case, the iPhone and iPad version of the dungeon crawler game will probably be released after the PC version is officially out.

Paper Sorcerer sports a unique black and white graphical style and a first person view that’s a clear throwback to the first role playing games released on computers and gaming consoles so many years ago.

Even the game’s multiple systems will be a throwback to these punishingly hard games, where a simple mistake in the many turn based battles means an untimely end. And an even more annoying loss of progress.

In Paper Sorcerer players will take the role of a sorcerer who has been banished inside a book. The game’s battle system will be quite complex, where careful items and turns management will be the key to victory. Enemies will also be quite varied, forcing you to change your strategy quite often.

Intrigued by this old school role playing game? Check out how it plays by taking a look at one of its trailers right below.