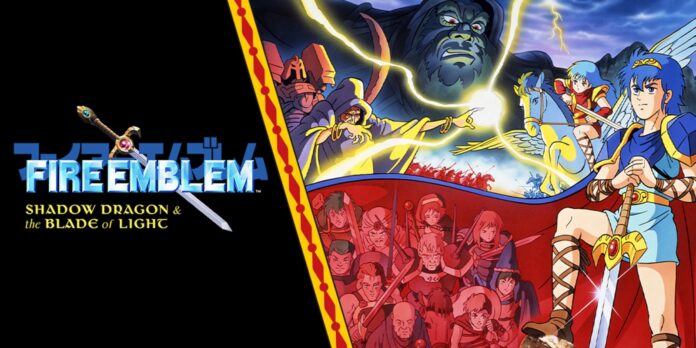 As Fire Emblem: Shadow Dragon & the Blade of Light plays somewhat differently from recent entries in the series, it is important to know the differences and prepare accordingly. So, let us not waste any more time and take a look at some useful tips and tricks that will make your war to reconquer Altea go smoothly.

Each unit in Fire Emblem: Shadow Dragon & the Blade of Light comes with different stats that indicate determine battle performance. These stats are:

While most stats are pretty much self-explainatory, there are a couple you should always keep an eye on, namely HP and Movement. Fire Emblem: Shadow Dragon & the Blade of Light features permanent death for all units and no way to revive them, so keeping units healthy is extremely important if you want to limit casualties and avoid finding yourself in a tight spot in later battles. Movement Power lets you keep track and calculate how much any unit can move from its current position, which is very, very important in this game since you do not get a preview of the movement range like in later entries in the series.

The main character of any Fire Emblem game is often among the most important units in your army, and this holds even more true in Fire Emblem: Shadow Dragon & the Blade of Light, as there are a few things that only Marth can do on the battlefield.

Marth is the only character who can conquer a Castle, Fortress, Fort, or Throne to complete a chapter, so make sure to position him as close to the objective as possible if you’re going after the boss of any chapter: completing it as quickly as possible can prevent further damage and possible casualties.

Marth is also the only character who can interact with villages to make them close their gates, preventing thieves from stealing treasure. Interacting with villages will also let you recruit additional characters for your army.

Upon reaching level 10, units can promote to a new class that has higher stats. There’s really no reason to not promote, so make sure you do as soon as any units reaches level 10. Armor Knights, Thieves and Axemen cannot promote, but their growth rates usually let them be useful even when most of your units have been promoted.

In Fire Emblem: Shadow Dragon & the Blade of Light, magic dominates almost everything. Spells are quite powerful, and most enemies have very low magic defense, so make sure to protect your spellcasters as they get close to the action to decimate enemies. Please note that the final boss resists all magic, so make sure to come up with an alternate strategy as you get close to the endgame to avoid a terrible defeat.

Terrain bonuses are even more important than in other entries in the series, as they can grant both advantages and disadvantages that can turn the tide of battle. Forts are also quite important, as they heal damaged units and grant an evasion bonus.

Using forts is great way to level up your healing-focused units. Unlike other entries in the series, these units get experience by healing, but only from getting damaged. As healing is very important, as Fire Emblem: Shadow Dragon & the Blade of Light has permanent death for all defeated units, you want your healers to be as effective as possible, and them getting left behind can make the endgame sections very difficult.

Fire Emblem: Shadow Dragon & the Blade of Light Tips and Tricks To Conquer The Battlefield