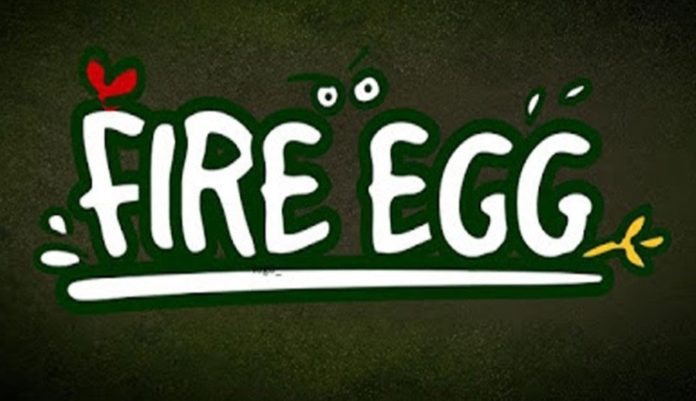 Fire Egg is a really fun game available on Android, a game where you control a zany chicken and try to save as many chicks as possible. Shooting crates, firing up the lasers and unlocking huge egg power-ups are just part of what this great game has to offer and we’re here to help you get better at it by sharing some Fire Egg cheats and tips in our complete strategy guide.

It’s mostly skill and perseverance that will drive you forward in FireEgg, but having a solid understanding of the game’s mechanics and trying to keep some things in mind when playing will also help – and we’re here to cover that.

So without further ado, let’s check out some Fire Egg tips and tricks below! 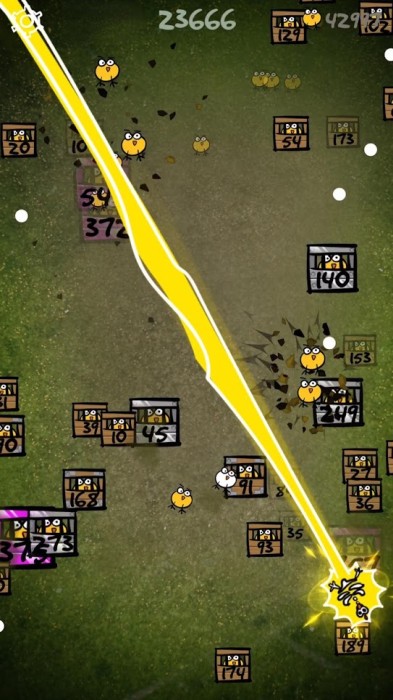 Go for the openings
The crates close in on you, so a good strategy is to try and find (or create) some openings for your main chicken to squeeze through in order to grab an extra shot or twenty.

You should always be on the move because otherwise it will be game over sooner rather than later.

The best way to move is to describe a circular motion if possible – this way, the crates that close in on you won’t have time to all gather up in the same area and eventually make it impossible for you to find another opening. This strategy doesn’t always work, but it’s worth trying every time!

Try to aim, actually
I know that things get pretty insane with the eggs flying around and bouncing around and your chicken spinning like a fan’s blades… but you do have to aim! 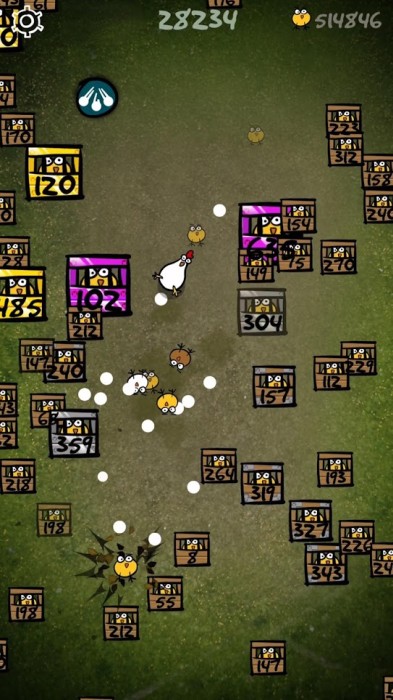 Try to look at the numbers on the crates, shoot at the ones with the lowest numbers and try to create your openings wherever you have the chance to do so!

Grab those powerups
Every now and then, some power-ups will spawn on the screen. Grab those and grab them at the right time!

In other words, know what each of them does – if you get the egg, for example, when there’s no crate around, you just waste a solid power-up. Wait until there are crates all around, and get it then.

Some power-ups are more useful than others – like the egg or the (let’s say) chocolate splash that pushes blocks behind… but in the end, any power-up is better than none, so grab them when you can!

Unlock the Pets and upgrade them
You can have up to 4 pets revolving around your main chicken and doing some damage themselves – and they come in really handy! So make sure that you get them all for free and work on upgrading them every now and then. 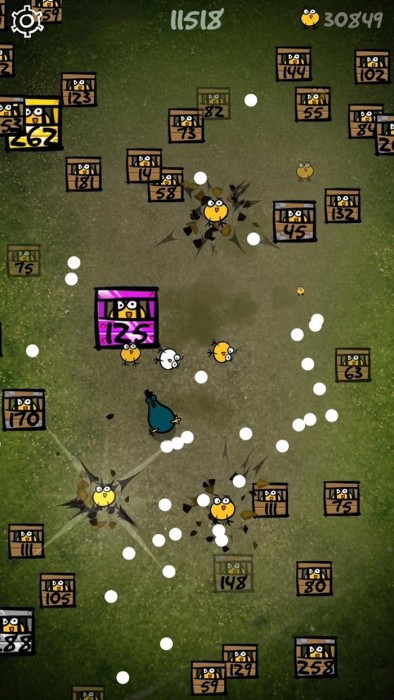 I would focus on upgrading the main chicken first, and every few levels invest a bit in each of the chicken since they are very random and not insanely useful, especially at lower levels (haven’t reached the very high levels to decide, though).

Don’t forget to upgrade your chicken too!
As I was saying, you should focus on upgrading the main chicken – and do so constantly.

I think that the best order in which to handle upgrade purchasing is Ball Power, Fire speed and Rotate Speed. They all get pretty expensive really soon, so always look at the costs when deciding what to upgrade next: if there’s a huge difference in price between upgrades, it means that you’re running behind with the cheapest one, so purchase that one next.

Get 10 times more points
Whenever you’re getting a solid run, take the game’s advantage of multiplying your earnings by watching a short video ad. This gives you 10 times more money, which can help you a lot. So take the offer!

This would be all that we have to share in terms of Fire Egg tips and tricks. The rest is practice and perseverance, as I said already, but if you have some extra tips of your own, don’t hesitate to let us know by commenting below!