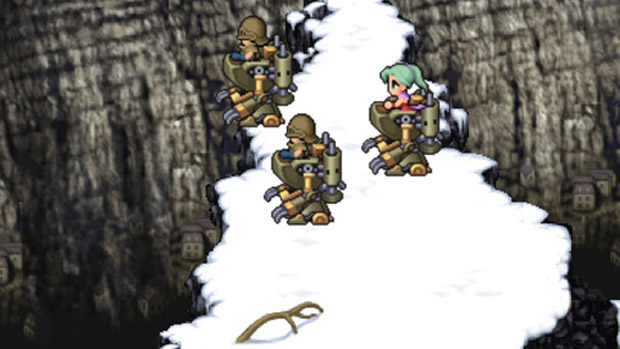 Another classic Final Fantasy game is going to become available tomorrow on the App Store in Japan.

Final Fantasy VI has been originally released on Super Nintendo many years ago, before being ported to several consoles. Despite being an older role playing game, many gamers around the world still consider it the best Final Fantasy game ever released, thanks to the great characters, engaging plot and gameplay systems which allowed a good degree of customization. Not as much as the Job System featured in the previous entry of the series, also available on the App Store,  but still enough to carry the game.

The iOS version of the game is going to feature a new interface, improved graphics and some extra contents not found in the SNES original release, like Kaiser Dragon and Gilgamesh. These extra contents are the same ones found in the Gameboy Advance release of the game. The new graphics surely can turn off some gamers, especially those who have loved the original graphical style, but the game is still the same and it’s just as good as it used to be.

Final Fantasy VI is going to be released on the App Store tomorrow in Japan. The Western release should come before long, considering all the Final Fantasy titles released on iOS have come West.

UPDATE: Square Enix has confirmed that the game will also become available in the West at midnight. It will cost £10.99 / $15.99.