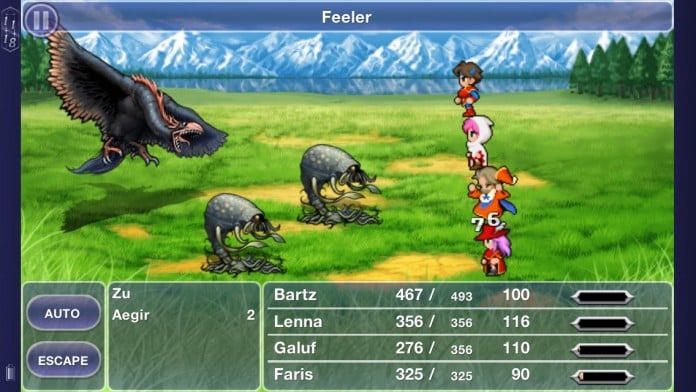 Final Fantasy V, one of the classic Final Fantasy games now available for purchase on the App Store, has received a new update today.

The two new features added by the update as iCloud and MFi controller support, which will allow players to sync their saves on multiple devices and use controllers with the game. The latter is definitely good for those who cannot stand touch controls, even though they are more than decent in Final Fantasy V.

Final Fantasy V iOS is based on the GameBoy Advanced release of the game, featuring all the extra content of this version of the game. The game’s graphics, however, have received a graphical overhaul, with pretty much everything looking better than it did in previous releases of the game.

Gameplay wise, Final Fantasy V is one of the more engaging entries of the series thanks to the Job System, which allows playable characters to switch Jobs at any time during the game. It’s also possible to mix and match abilities from different jobs, allowing for greater customization.

Final Fantasy V is now available for purchase on the App Store for $15.99. Even though the price is a bit higher than usual, the game is well worth it, especially if you love Japanese role playing games.