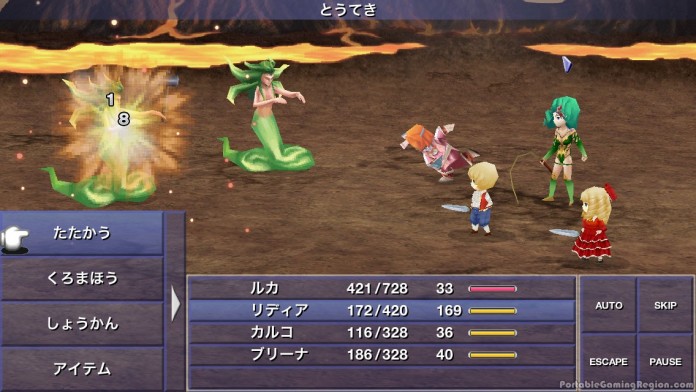 A new game of one of the most successful role playing game series has finally become available for purchase on the App Store. Better yet, we’re not talking about some simple enhanced port, but a brand new remake that’s not available on consoles!

Final Fantasy IV: The After Years is the sequel to the highly acclaimed Final Fantasy IV. The game is set a few years after the ending of the first game.

The After Years stars Cecil and Rosa’s son, Ceodore, as he goes on an adventure that closely resembles the one his father experienced years before Ceodore’s birth. All the playable cast of the original game will be back together with many new characters.

While the general gameplay experience is not too different from Final Fantasy IV, The After Years has enough enhacements that set it apart from its prequel, like the Band Attacks which allow two or more characters to perform devastating combination attacks.

Final Fantasy IV: The After Years is now available for purchase on the App Store. Expect a review for the game from us during the course of the week.