The long-awaited HD remaster of the Gamecube cult classic Final Fantasy Crystal Chronicles has finally released across the board for portable systems. The game was already delayed once earlier this year, but the wait is over!

Final Fantasy Crystal Chronicles was originally released on the Nintendo Gamecube back in 2003. The game was a co-op action RPG that could be played with up to four players. The catch? Each player needed their own Gameboy Advance system plus an adapter cable to connect to the Gamecube.

The setup was rather cumbersome, but once it got going it was a co-op experience like no other. Players could manage their inventory and magic on their Gameboy Advances without pausing the action on the main screen, and each player even got access to unique tools that could help the party out.

Final Fantasy Crystal Chronicles Remastered Edition is the HD version of the game built for modern systems. Available on iOS, Android, Nintendo Switch, and Playstation 4, the game supports cross-platform play, so you can party up with your friends on other systems.

The Remastered Edition features new music, rerecorded songs from the original, and new voice acting. The UI and maps have been updated for a modern look, and there is even new content waiting for you at the end of the game.

To encourage players to give it a go, the prologue section of the game (the first three dungeons) is available for free. The full game will cost you $25.00 USD.

As an additional bonus, if you have a friend who has purchased the full game but you have not, you can play even more dungeons if you join their group. And of course, your data from the free version is transferable to the full version of the game.

(This news article was first published on Touch Tap Play) 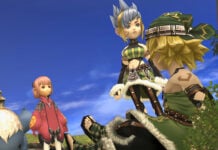 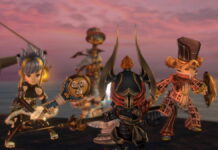 Final Fantasy Crystal Chronicles: How to Get the Best Weapons | Tips and Cheats 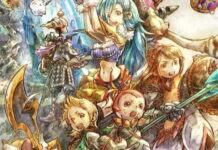