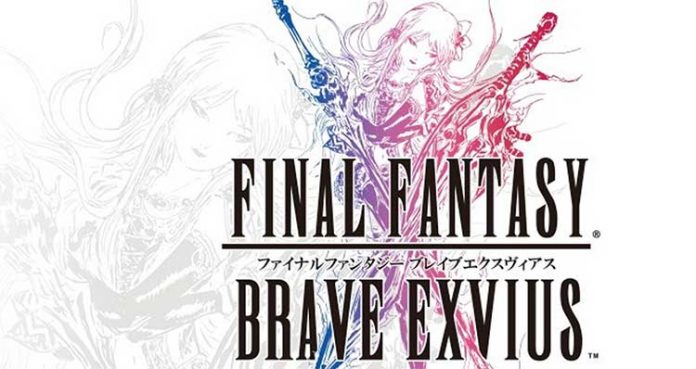 The legend of crystals begins anew, this time on iOS and Android platforms! Final Fantasy Brave Exvius is an all-new mobile exclusive entry into the ever popular RPG series Final Fantasy. Take on the role of Rain who was given a mystical power to summon visions of warriors from ancient times. Fight against classic Final Fantasy monsters alongside iconic characters from the series’ history. This game plays very similar to other action RPGs like Brave Frontier, but obviously with a Final Fantasy flavor. There’s a big game to get through here, so let’s get started with our Final Fantasy Brave Exvius cheats, tips and tricks strategy guide!

We are not talking about your typical mobile game quests here! We are talking about classic Final Fantasy quests. When you get to the Town of Mitra, you will see some townsfolk with exclamation marks over their head. This means they have a quest for you. Talk to them to figure out what you have to do, and if you can complete it, you will be rewarded. You should try to do as many of these can, as they will often lead to some nice goodies. For example, you can get the spell recipe for Cure by finding the book in the Earth Shrine for the mysterious man.

But of course, there are also typical mobile game quests to do as well. The daily quests function more like “achievement” quests. You will have to do things like clear a certain amount of vortex quests, send gifts to friends, etc. You should do these as well for extra gil, experience, and even Lapis, the premium currency of the game. In fact, try to prioritize completing the lapis quests, as these quests reset once the day is over.

Before you venture into a zone, you will be asked to select an ally. Allies will have their leader characters join your party temporarily to help you fight. Once you clear the level, you can send them a friend request so that their character always shows up on the selection list. Try to make as many friends as you can! Every time you play with someone on your friends list, you will earn bonus Friend Points, a currency that can be spent on hero summons! As an additional bonus, playing with a friend also gives you access to their character’s Limit Break!

You already know that units attacking together within a small window of time will start a chain. There are two special chain effects you should keep in mind.

5. Fuse units with the same type!

Like other hero-based mobile RPGs, you can sacrifice units in this game to fuse with other units, powering them up. Some units have what is known as a “Trust Master Reward”. You can see which units have one in their status screen. The gauge starts at zero percent, but is increased sometimes after battle and whenever you fuse that unit with another unit of the exact type. Once it hits 100%, the Trust Master Reward is yours!

Once you complete the story battle quests in an area, the exploration zone unlocks. In exploration mode, you can freely move Rain around to explore a specific area. In this mode you can find treasures and materials needed for crafting. Sometimes you will even need to explore a certain zone for a quest item. If you are looking for materials or just extra goodies in general, try exploring zones you have not seen fully yet.

7. Save your Limit Break!

See those red crystals that pop out of enemies when you attack them? Those are limit crystals. They will increase your party’s limit gauge. When full, you can have your units unleash a powerful Limit Break attack. These are best saved for area bosses or particularly tough enemies, as it takes time to build them back up again.

That’s all for Final Fantasy Brave Exvius. We’ll be back tomorrow with another guide, so sit tight! Until then, if you have any other tips or tricks to share, leave a comment below!