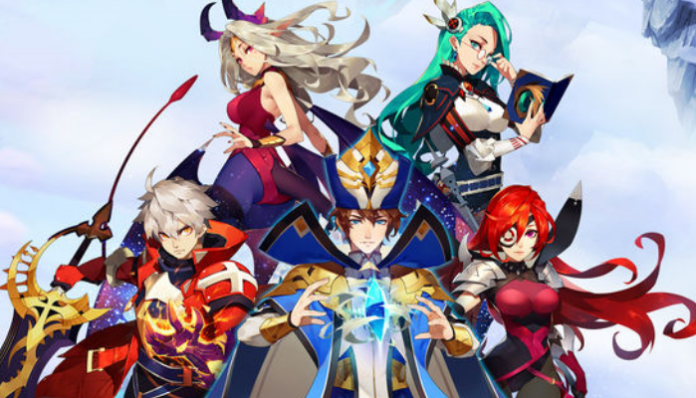 From the beginning, the world was created by two powerful beings. Gifted humans known as contractors came to be as a result, and now the world lies in their hands. Final Contract: Legacy of War is a turn-based RPG with high-fantasy anime inspired characters and monsters. You’ll be battling with robots, monsters, humans, elves, and more! Our Final Contract: Legacy of War cheats and tips will start you off with some helpful hints.

Bosses in Final Contract usually have multiple parts to them. Parts have their own separate health bars, although when they take damage the boss’ overall health is also depleted. Once a part’s health is completely drained, it breaks, disabling the boss from using certain moves.

While attack disabling is useful in and of itself, the best part about part breaking is the Lethal Skill Chasing. Upon breaking a part, the spirita who did the part breaking can follow it up with their ultra skill. This is essentially building up enough rage to use ultra skills, but you can do it for free! Take advantage of part breaks to dish out huge damage to bosses.

The number of stars you earn on a chapter section depends on how fast you can clear the battle. Upon starting up the section, the game will tell you to beat the battle under a certain amount of turns, and if you do so you’ll earn three stars. A star is worth a single card flip at the end of the section, so naturally you’ll want all the stars you can get.

To beat battles quickly, you just have to do the tried and true method in RPGs – level up! If you’re not clearing a battle fast enough, simply come back when you’ve powered up your spiritas and given them better gear. The more powerful you are, the faster you can clear battles!

Progressing through Final Contract is a fairly straightforward deal. The stronger your spiritas are, the faster you’ll get through the main campaign, which means more rewards for you!

First off, be sure that you’re playing to your spiritas’ strengths. Remember the element wheel, and make sure not to bring spiritas that are weak against the enemies that you’re going up against.

Secondly, be sure to keep their gear up to date. You’ll earn gear as you battle through the various sections, and you can even get them from the card flips at the end of a battle. Completing a gear set will grant your spiritas bonus stat boosts.

Lastly, don’t forget to Cultivate your spiritas. Use EXP Pets on them to level them up faster, and once they’ve hit max level be sure to Starise them to increase their maximum rarity and stars. They get big power spikes this way!

Summoning is the main method of gaining new spiritas. While that’s a big boost in and of itself, there’s one more thing to keep in mind – Starsoul! Every time you summon a new spirita, you’ll earn a little bit of starsoul. Starsoul can be spent to expand the constellations. Each node on the constellations you fill in will grant your entire team a permanent stat buff, making starsoul incredible helpful.

You can do a free diamond summon for free once every day, so don’t forget about that. The normal summon can be performed with summonore which can be found by battling through the main campaign.

That’s all for Final Contract: Legacy of War. If you have any other tips or tricks to share, let us know in the comments below!