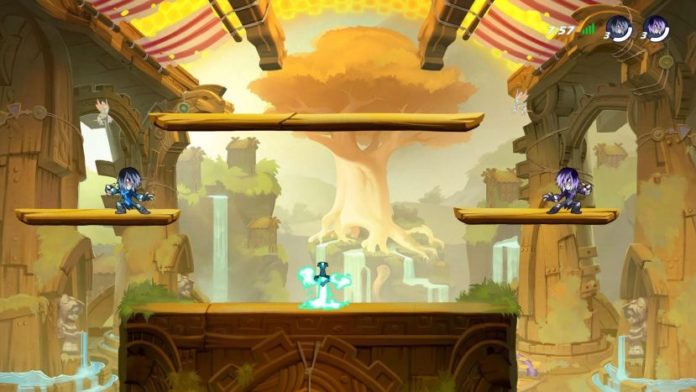 Nintendo started releasing mobile games a while back, bringing many of its most popular series to iOS and Android. The Super Smash Bros series, sadly, is not among them, yet, but if you’re itching for some fighting action in the vein of the popular series, you will be happy to know that Brawhalla will be released on mobile devices sometime next year.

Brawhalla plays a lot like Super Smash Bros, as players must knock opponents off platforms to win. Each playable character comes with a unique moveset, which makes the experience extremely varied. Additionally, the playable cast is constantly getting expanded with new characters as well as characters taken from other franchises, such as Rayman and many others.

Details on the iOS and Android release of the game are scarce at the moment. Controls and user interface will obviously be tweaked for touch screen, and it is not yet clear if any sort of cross-platform play will be implemented. This would be good, as it would ensure that the online play modes wouldn’t die down soon after release, as it usually happens with games that are not part of huge franchises.

Developer Blue Mammoth Games has confirmed, however, that beta testing will begin in the near future. Sign-ups are now open, and you can learn more about the matter by going here.

Brawhalla is now available on Nintendo Switch and other gaming platforms. The game launches on iOS and Android next year.