Home Mobile Gaming News Fight the Undead Across the Sea in Pixel Pirate, Now Available on... 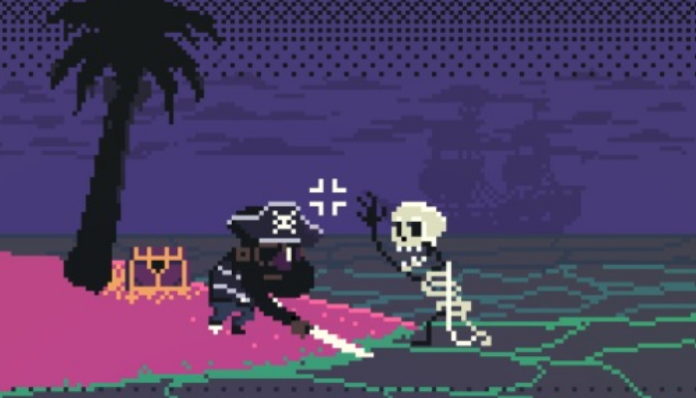 Test your reflexes in the swashbuckling arcade adventure Pixel Pirate, a new one-touch action game where you fight off undead creatures of the night while plundering the land!

Players take on the role of Captain Pixel and his motley crew of pirate misfits. They scour the land in search of treasure high and low, and their most recent discovery is an undead horde that roam the sea.

Most of Captain Pixel’s crew has been captured by the undead, so it is up to you to find and rescue them. Players will start out with just Captain Pixel as he breaches the shores of the undead island.

Enemies will approach your character and you simply need to tap the button to attack. Sounds simple? It is, but things get harder as more monsters approach you at faster speeds, making this game the ultimate test of your reflexes!

The more undead you destroy, the more characters you will unlock! Rescue the entire crew for a variety of characters to choose from. You can also unlock new weapons to outfit your crew with.