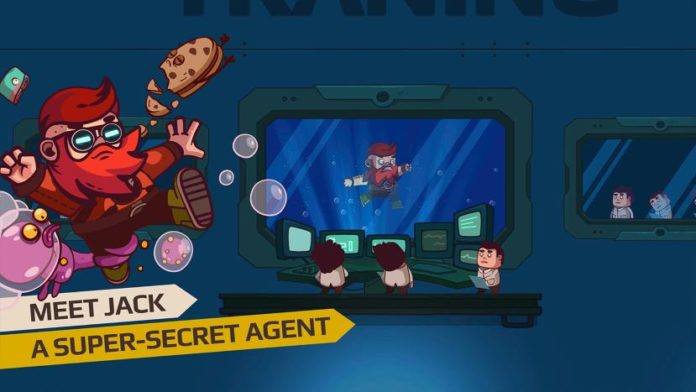 When Jack trained to become a secret agent, he never expected a threat like this. In all of his years working for the government, nothing has prepared him for the sugary threat that is now terrorizing the world. But, in the end, Cookies Must Die!

Cookies Must Die is an 2D run and gun platformer where players assume the role of Jack as he travels through the city on a quest to stop a band of evil scientists from destroying the world using the mutant cookie men!

Jack is a trained gunmen, but he has also been implanted with special powers from the government’s scientists. Jack can dash and slam straight into surfaces using extreme kinetic energy, obliterating anything in his way.

With a simple swipe, you can launch Jack around as time slows down temporarily to let you aim easier. Jack can also wield a number of weapons that allow him to blast the cookies to smithereens, and they can be used in conjunction with his dashing ability.

Cookies Must Die features simple to pick up but hard to master game play and is perfect for anyone looking for a high-thrills platformer. The game is available now on the App Store and Google Play Store.