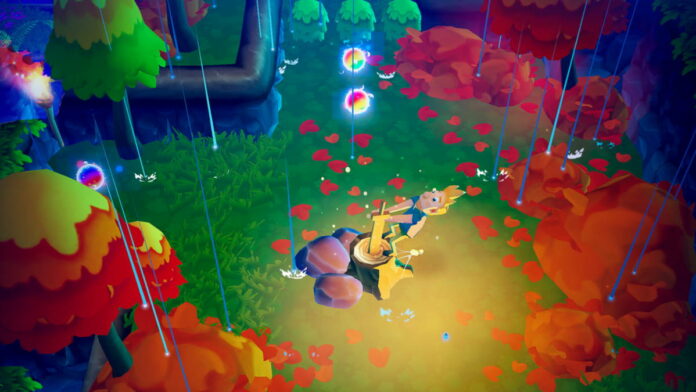 Nor is your every day average kid – he goes to school, comes home and plays with his toys, and uses his own creativity and imagination to build his own worlds. One fateful day, he has an encounter with a mysterious force, and suddenly he finds himself without his imagination. Now, he has to journey into another world to find the fragments of his creativity!

Headland is a vibrant action adventure game from developer Northplay, creators of the Conduct THIS! and Planet Life series. Players guide Nor on his journey through the new world, fighting his way through all sorts of monsters and exploring lost lands.

Headland features a simple swipe-and-tap combat system, allowing for smooth battles for mobile devices. Nor can attack using a variety of weapons, and he can upgrade them by collecting various resources found in the world.

The world also hosts a number of special combat arenas that allow Nor to do battle with waves of enemies. If he can overcome the horde, he’ll unlock a new weapon for his arsenal!

Nor’s journey through the imaginary world will take him through a lush and colorful environments, all representative of different parts of Nor’s imagination. You’ll never know what to expect next in this battle against a child’s imagination!

Headland is coming soon to the iOS App Store and Google Play Store on December 15, 2020