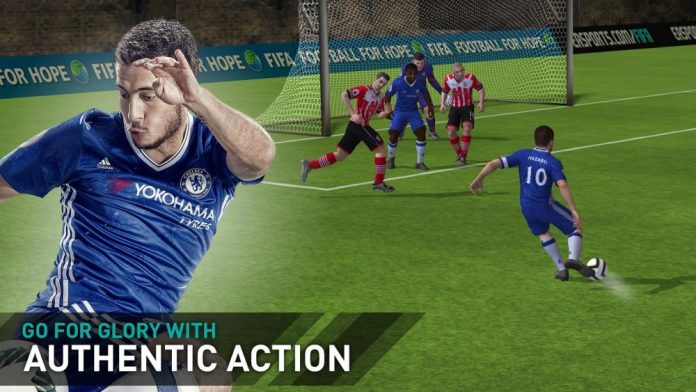 EA are still working on making FIFA Mobile Soccer the best soccer / football game on mobile and that’s a really good thing. Today, they have released a new update for FIFA Mobile Soccer which manages to improve the game a lot, even though the changelog is not too impressive.

The newly released update introduces a new feature to the game: Daily Quests (called Daily Activities) which offer you various rewards for completing missions in the game. This is definitely a welcome addition since those who are playing the game without paying any real money can always use extra means of getting useful free goodies.

I don’t remember if this was the case in the past (it probably wasn’t) but you get Eden Hazard as a reward now for finishing the special program in the game. He’s the very first 100 OVR player, so it’s worth doing it!

Electronic Arts also announced that FIFA Mobile Soccer’s latest update brought a bunch of other improvements and changes, from AI improvements that will be highly visible on the pitch, to improvements on how players behave and perform (with better rated players now really performing better than lower rated ones).

All in all, a nice welcomed update for that will surely please the game’s fans.

Here is the official statement regarding the update and the changes made, if my words were not enough for you:

Hey, footballers! Check out the latest update, where you can:
• Get your hands on our very first 100 OVR player—Eden Hazard—by finishing the special program
• Earn rewards each day by completing all-new Daily Objectives
• Plus, for more authentic football action, we’ve balanced player stats to make sure highest-rated players have the best performance on the pitch. We’ve also made lots of gameplay improvements to ensure your action on the pitch is the best yet.

FIFA Mobile Soccer is available as a free download on iOS and Android.