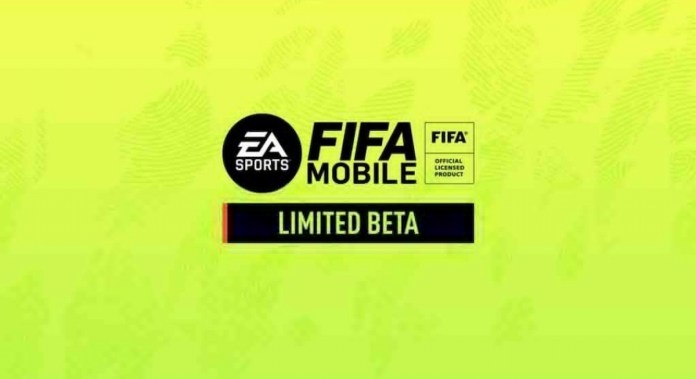 Electronic Arts has finally launched a limited beta test for its hugely anticipated FIFA Mobile 22 that’s currently available in a few selected countries such as Romania, Canada and India. The limited beta test will run for three weeks starting from 22nd November.

So in this article we’ll be detailing some of their game’s new and exciting features as well as how you can play the game even if your country is not amongst the selected few to try out the beta.

EA has performed a complete revamp on its FIFA Mobile and it’s now looking better than it did since the release of FIFA Mobile 17 a couple years back. Many of its features aren’t entirely new but were simply updated to look way better.

This beta test currently has a limited game modes such as the existing PVP and H2H matches plus improved Live Events that reset every 8 hours and offers promising rewards as it gives you a chance of getting Elite players and adding them to your Ultimate Team.

Apart from the game modes, there are other areas where EA made significant improvements in the game. There’s new and improved animations in pretty much every aspect of the gameplay including but not limited to Pack Pack Opening, Goal Celebration, and many more.

The in-match gameplay has also been upgraded with new and revamped UI, commentary with more than 10 languages, multiple camera angles that lets you play matches with your preferred view and so on.

Since this is a limited beta, your game progress will not be saved – nothing will be carried over when the global version is launched in 2022. Also, there are no paid items in the game at the moment which means you can’t spend real money on any of the items in the shop.

Considering the fact that the game is only available in three countries at this time, players in India, Romania or Canada can simply head to the Playstore and give the game a try. But if you’re not in any of these countries, then below is a guide on how to play.

Step 1 – You’ll need an Canadian, Indian or Romanian Google Account to play. The first thing you need is a good VPN, we recommend using Norton or TunnelBear.

Step 2 – Install any of the VPN, open it and set the location to India or Canada or Romania (whichever of them is available).

Step 3 – Head to the Playstore while your VPN is connected to one of the beta test countries and create a new Google account. Skip the phone number verification process and agree to Google’s Terms and Conditions to finalize your new Google account.

Step 4 – Once you’ve successfully created your new Google account, download FIFA Mobile 22 Beta from the Playstore and play it while your VPN is connected.

That’s it from us on some of the new and improved features we’ll be getting from EA’s FIFA Mobile 22 when it launches next year as well as how you can get your hands on the game’s beta and play for three weeks.