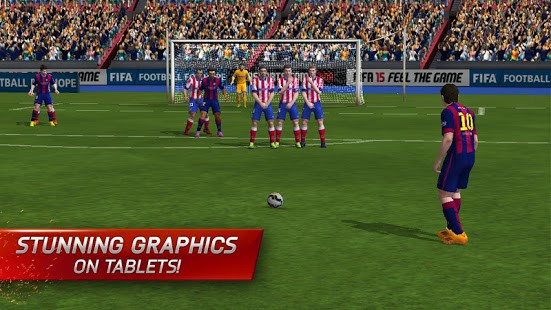 FIFA 2015 Ultimate Team is finally available on the App Store and soccer fans all over the world have started collecting cards to create the strongest possible team. Becoming a true champion in the game is no easy feat, considering the huge amount of customization possibilities offered by the game. Not everything is truly easy to understand in FIFA 2015 Ultimate Team and this is what this guide is for: revealing and detailing some useful tips and strategies that will make the game even more fun than before.

FIFA 2015 Ultimate Team is a unique combination between a sports and card game, as all players, balls, kits can only be obtained through cards. These cards are found inside card packs, which can only be obtained by playing the game or purchasing them with real money. Luckily, the game doesn’t feature any form of stamina system, making it better than the previous one.

Creating your perfect team is the main goal of FIFA 2015 Ultimate Team. This is no easy task, as the many possibilities can be a bit overwhelming, especially at the beginning. The best way to start creating a good team is to start doing so from scratch once enough cards have been collected. Trying to mix your starting team with the extra players obtained with cards can be confusing and it’s not effective at all, since most starting players are not that good. Pick your formations and start building from there, assigning the right role to the right players and obtain chemistry bonuses by placing together players with the same nationality as much as possible. When you cannot fill a position with the right player, try to place a player whose statistics are the best suited for the role until you can find a proper one.

Using the transfer market properly is another way to get the players you really need for your team. Always make sure to get rid of those you certainly won’t need in the game. It’s also possible to profit from some trades by selling a player for a higher price but this definitely requires a bit more experience on your part.

With so much to do in the game, it’s easy to get lost in FIFA 2015 Ultimate Team. A good way to proceed through the game without getting lost is to follow and complete the active ojectives. By doing so you will be getting a sense of progression as well as obtain cards and gold that can be used to build your team, killing two birds with one stone.