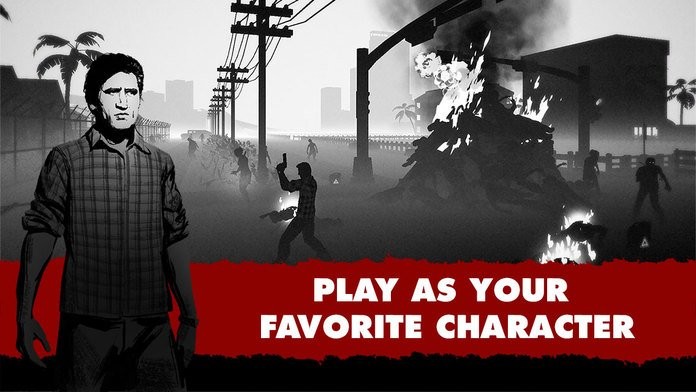 Fear the Walking Dead: Dead Run is a brand new endless runner game available for download for free on the App Store. Described as a “Tactical Runner,” it is actually not that great and for some reasons it doesn’t manage to be exciting and keep you on your toes at all times despite the fact that the world’s filled with zombies. But in case you love this game more than I did, I am here to share with you some Fear the Walking Dead: Dead Run tips, cheats and strategies to stay alive for longer, unlock all characters, level them up and take out as many walking deads as possible before you join them.

So let’s not waste any time and let’s check out below some Dead Run cheats and tips for beginners and, why not, more advanced players!

1. Look at what’s happening around you
The environment items might hold goodies for you so keep an eye for the symbols, usually of bullets or coins (a shiny star-like bling for a fraction of a second). When you see them, shoot the item that they symbol appeared over and you will get either the coin or the bullets. I would recommend to do it mostly for bullets because a coin is not worth the wasted bullet – you will see that you will rarely have enough of those anyway!

2. Go for headshots
Eventually, how to destroy the zombies will matter. Learn to headshot them as early as possible so you will find it easier in the long run. To headshot a walking dead, all you have to do is to tap their heads. It’s easier said than done, but you will get used to doing it really soon.

This means that you should upgrade them each time you have the chance – and because upgrades are extremely expensive, it’s better to focus on one at a time. The starting character is a good one to focus on because you don’t have to spend any extra money to unlock him, but in the end it’s a matter of preference – mostly if you are a fan of the show and really have a favorite, because I wasn’t able to really tell the gameplay difference when playing with different characters.

4. Don’t let the zombies come close
If they come close, you will automatically switch to the melee weapon, but you will also lose a bit of health. Also, if you get grabbed by two zombies at the same time, it’s instant game over. So always try to reload when you have some time to breathe and try to take out the zombies before they reach you.

5. Use the environment
The environment is highly destructible, too. Look for stuff to shoot down that might help you stay alive for longer. When you get past gas stations, for example, you can shoot those to cause an explosion. Shoot barrels, shoot zombies attacking civilians (you’ll notice them trying to eat a character) and take some time to shoot everything you can to see if it has any effect on the game. You’ll be surprised to find out that there are actually a ton of environment items that you can shoot for some sort of bonus!

6. Play the Episodes
In my opinion, the Episodes are the most fun part of the game. They are a bit different than the regular gameplay of the “running” game, so play them and master them – they’re absolutely amazing. Plus, they reward you with new characters and a lot of coins, so it’s worth playing them. You can select the episodes instead of the regular running game from the main menu.

The game is really slow paced and it takes some time to get used with it, but if this is your type of game, keep on playing as practice makes perfect. And if you have more tips and tricks to share with us, don’t hesitate to let us know by leaving a comment below.