Home Game Guides Fate Grand Order: Every Major Boss in Camelot and How to Beat... 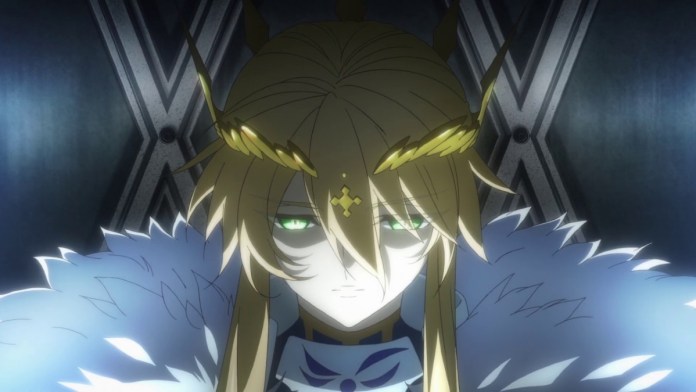 Camelot is the third to last chapter of the first arc you play through in Fate Grand Order. It’s the turning point where the game starts to get genuinely difficult. Each Knight has a different niche. Most of them pack a pretty intense Area of Effect Special Attack that has the power to one-shot teams, so be sure to use a Mystic Code with an Evade Skill. Here is how to beat them.

Gawain is likely going to be the most difficult boss you face in this chapter. You’ll fight him three times, the middle one being the hardest because it’s the one where he’s the most powered up and where you have to completely deplete his HP bar in order to win. To beat him, bring along an archer that has anti-male power, such as Artemis or Euryale. Both of those work really well because they can stun him with their Charm buff and also drain his Special Attack bar. Bring along Mash as your support so that she can use her Special Attack that reduces damage taken.

Mordred isn’t as powered up as Gawain but her Special Attack can still sting. A Single Target archer like Robin Hood will work well on her. His Special Attack will do more damage if the target is poisoned, so make sure you use that skill and special attack in the same turn. Mordred can charge her Special Attack on every turn and so you have to bring characters that can handle the heavy damage from it. Those who have Evasion will work best. Some good choices besides Robin Hood would be Billy the Kid, Super Orion, Cu Chulainn Alter, or Heracles. Servants with a Charm buff will also work really well to stall Mordred’s damage. The first time you fight her, make sure to have a unit that can clear the first wave of Saber Enforcer Knights.

Lancelot shouldn’t give you too many issues but something to know is that he isn’t of the Saber-class here, he is a Ruler, so be sure to bring an Avenger class servant. You can use a Berserker, but Avengers have a high damage multiplier. Keep an eye on his Special Attack bar, as he can charge it with a skill. However, it can be stalled by a servant with a Special Attack Drain buff. Like Mordred, the first time you battle him, have a unit that can clear out the Enforcer Knights.

Normally as an Archer, Tristan would take damage from Lancers. However, due to the circumstances of the story, things are a little different here. This Tristan takes neutral damage from everything except Sabers and deals 150 percent extra damage to all classes except for Shielders. Bring a team of Singe Target damage-dealing Sabers for all times you fight him but on the first one, don’t set them to come out first because the first wave in that fight is a group of regular Archers. Therefore you’ll want to set a Lancer that does Area of Effect damage first to clear the first wave. There won’t be any Enforcer Knights on the second and third fights so you can bring more Sabers for those. Be sure to look out for Tristan’s self-healing skill. His special attack does quite a bit of damage but it is Single Target so it won’t clear your units. You can use someone with Taunt buffs to direct it away from your DPS units.

This is the Demon Pillar in Camelot. Demon Pillars take more damage from Riders, Casters, Berserkers, and Assassins, so base your team on those classes. If you have a character in your roster that has an Anti-King niche, like Jing Ke or Scheherazade, that will work even more.

Camelot’s final boss is a Lancer, so be sure to bring your best single-target Sabers. Her special attack has Ignore Invincible, meaning it will go right through any Evades. The best way to handle this is by bringing Mash, whose Special Attack can reduce the damage from the Lion King’s Special Attack. While she is tricky, Camelot’s boss has many character traits that make her take more damage from niche servants. For example, the saber Siegfried would work really well here because he does extra damage to characters with the Dragon trait. The same goes for Mordred, who does extra damage to Altria characters.

Fate Grand Order: Every Major Boss in Camelot and How to Beat Them