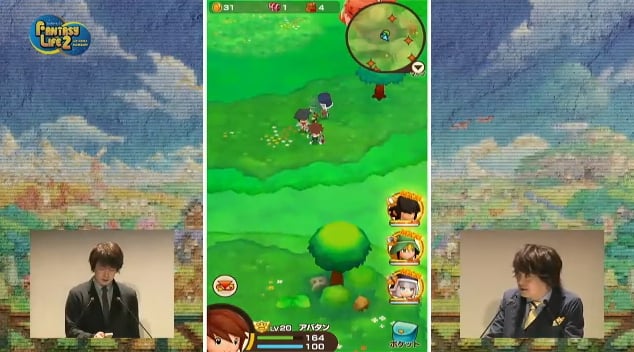 Fantasy Life is one of the many games developed by Japanese developer Level-5 for Nintendo 3DS. The game is a rather interesting role playing game where players will actually be able to live different lives in a fantasy word, taking on different professions as well as heading out into the world to slay monsters, collect items and more.

The Japanese developer has confirmed earlier today that the sequel to Fantasy Life, called Fantasy Life 2: Two Moons And The Village of God, is not going to be released on Nintendo 3DS but on smartphones. A surprising decision, considering the team’s excellent relationship with Nintendo.

Fantasy Life 2: Two Moons And The Village of God will play not all that differently from the original game. Players will be able to live 12 lifes, just like the first game, explore similar fields and more. One difference with the original game will be the greater focus on building the village, with players having to collect villagers, expand the borders and more.

Fantasy Life 2: Two Moons And The Village of God will be released this Summer in Japan on iOS. A Western release has yet to be confirmed but we will keep you updated on the matter as soon as more comes in on it so stay tuned for all the latest news.