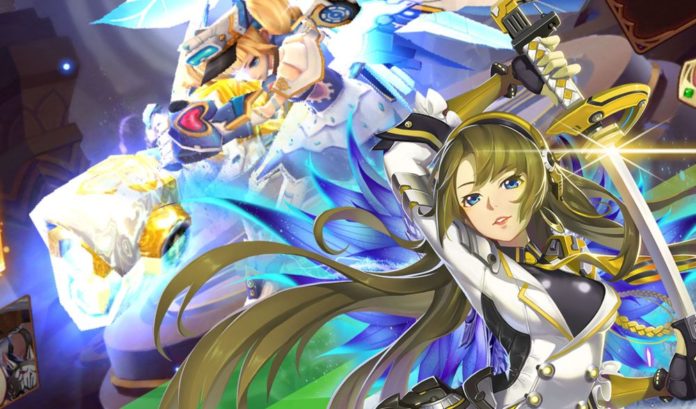 These Fantasy Heroes: Demon Rising tips and tricks we will share with you in today’s article are going to help you make all the right choices regarding the game from the very beginning. Not only will we tell you everything about pets, but also about how to obtain all the goodies in the game.

Choose a class that fits you

As you start the game you get to pick between three classes. They all have different play styles, so depending on how you want to play, you can pick between Berserker, Gunner and Assassin. Each of these classes is strong in itself, so there is no wrong pick here. Everything depends on how you like to approach the game. 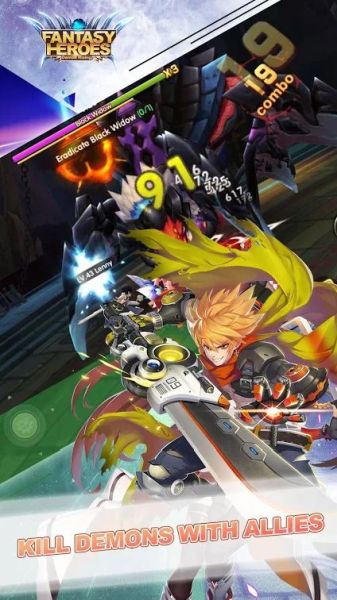 The Berserker class is the “warrior” of the game, they have short range.

The Gunner is like a “mage” with guns. Long range and strong skills.

Assassin is the best in my opinion (not only because I play it) because it combines both long range combat skills with short range.

All of these three classes are strong, so as I said, you can’t go wrong here. I suggest trying them all out on a temporary account and if you like the way they play, stick to one. It is not hard to level up, so even if you decide to start over, leveling will not be an issue in this game.

Do the quests to level up quick

The main quest is going to be your best EXP source. From here, not only does it go super fast because of the auto routing provided by the game (which means whenever you tap on the quest your character will walk there and you can just sit back and wait for them to reach the destination), but also the amounts of exp are massive.

The best thing to do here, and what I suggest, is to mainly focus on that at the beginning, since you are going to get exp from the monster kills needed in the quests and from the quest itself. So if you do it, you really don’t have to worry about pretty much anything at all.

At the later game stages you will have many more options and quests to do. So basically everything good will be available at the end game, so getting to that stage should be a priority.

Get reborn and become stronger

Every class has an option every few levels to get reborn and thus increase the overall power. This Class Change (or Class Rebirth you may call it) is available at certain levels only, and you will need to complete some certain missions to get it. 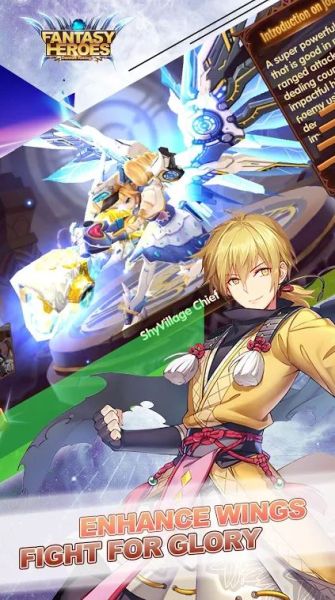 – First rebirth: Available at level 50, you will be able to equip tier 3 gear, you unlock Lightning Flint passive skill.

– Second rebirth: Available at level 120, you will be able to equip tier 4 gear, you unlock Emergency passive skill.

– Third rebirth: Available at level 160, you will be able to equip tier 5 gear, you unlock Retaliation passive skill.

– Fourth rebirth: Available at level 200, you will be able to equip tier 6 gear, you unlock Guardian Soul passive skill.

– Fifth rebirth: Available at level 240, you will be able to equip tier 7 gear, you unlock DMG Boost passive skill.

– Sixth rebirth: Available at level 270, you will be able to equip tier 8 gear, you unlock Massive passive skill.

All of the rebirth passive skills are the same for all classes, so ascending a different one will not change it.

This is the reason why I suggest focusing on the main quest at the beginning, and start leveling as fast as possible because your power will go up and every game content will become much easier.

Always equip the best gear to raise your power

To check all the gears you have gathered from slaughtering monsters and demons, you can do so by opening the bag. It’s best to always have the latest and best gears equipped in order to raise your power. 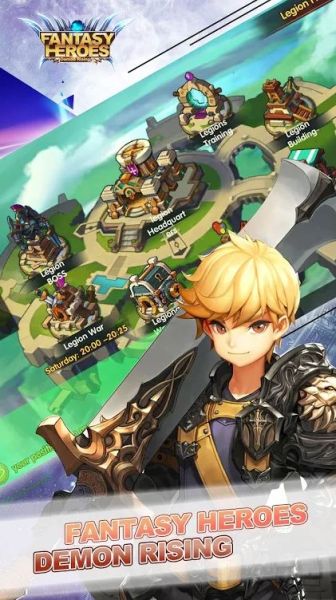 The power will not only be raised by equipping a better weapon, but for changing your whole gear. So whenever you fight a new demon and it will drop a decent piece of gear, don’t shy away and keep it for later because it will make a difference as soon as you put it on.

I suggest going for the gear that has good power and higher than the one of your current gear. These gears you will get when keeping up with the main quest (as rewards) or by killing the required monsters.

Get the look you want

The best thing you can do in order to make the character you are playing more enjoyable is to get an amazing look. In the game you can buy fashions to change a hero’s look. These can be obtained by purchasing them with diamonds or from the Store, and it’s a must buy if you want to have a unique look.

Pets are extremely important in Fantasy Heroes: Demon Rising because they will accompany you in battle and will do massive damage. Not only that, but outside of battle they will follow you around and look super cute. 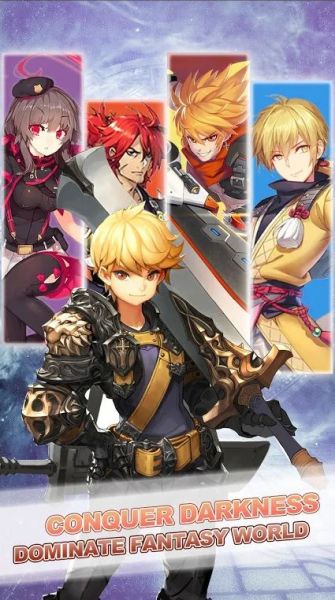 You can have up to 3 pets accompany you, and that’s why I suggest you always have the best ones equipped. They will also give power to your character and help you beat the toughest of opponents.

To obtain pets you can try the Lucky Egg summon 1 by 1, but the absolute best you can do here is to save 1350 gems and summon Lucky Egg 10 times for a guaranteed epic pet. You can do this several times and hope for the best, since you really can’t go wrong with 10 summons.

In order to make your pets stronger you can use EXP cakes to increase their attack. They can be obtained as rewards from pet quests, but you can also buy them from the Mall if you don’t want to waste time doing them.

Your character will have at all times only 3 active skills available during the battles. But you can change which ones they have from the 6 available to each char. Try them all out and depending on how you like to play the game, make a unique character build to fit your exact play style. 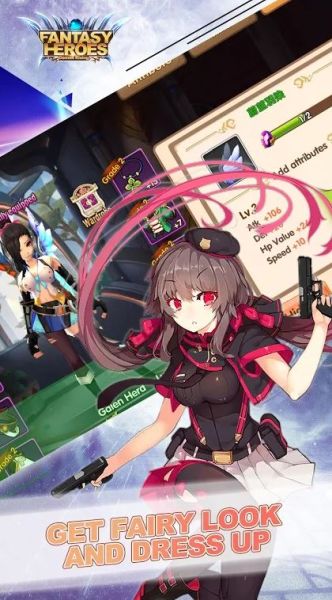 To get more skills you are going to need skill points, which can be acquired by doing the Boss Crusade and from the Mall. Each of the active skills can be then upgraded with runes to further increase its power.

I suggest trying out all the possible skills and focusing on the ones you like using the most, since that will greatly benefit both you as a player and your character. By choosing your favorite skills you will have a really good time playing since you’ll know that you chose the build.

Like in many other games, join a guild! in Fantasy Heroes: Demon Rising you call it a Legion, but it’s the same thing. I suggest joining one as soon as possible, but not the first one you see. The best would be if you took your time and found a decent one that has active players.

By joining a Legion you will unlock many new features such as Legion Boss and Legion Store, and not only. That’s why being in a good guild matters a lot, because if you have a Guild Master who knows what he’s doing, you will take part in tons of guild events.

Don’t forget to get the daily rewards!

Every single day you simply log in to the game you will be rewarded some cool stuff. Even if you don’t plan on playing that particular day, I still suggest logging just to pick the rewards. They will get better as the days progress, so logging consistently will bring better and better goodies. So don’t forget about that! 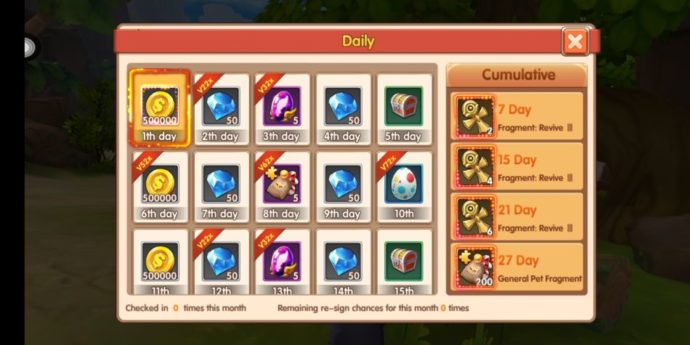 Oh, and if you want to do the daily quests (which I strongly suggest you do) you will always get some cool rewards once you complete all of the available ones. The daily quests will give you both exp and gold and other rewards, so don’t shy away from doing them when you want to take a break from the main quest.

These are all the Fantasy Heroes: Demon Rising tips and cheats we’ve got for now. If you know some other cool stuff leave a comment down below and share them with everyone, because we’re curious to know what your suggestions are.