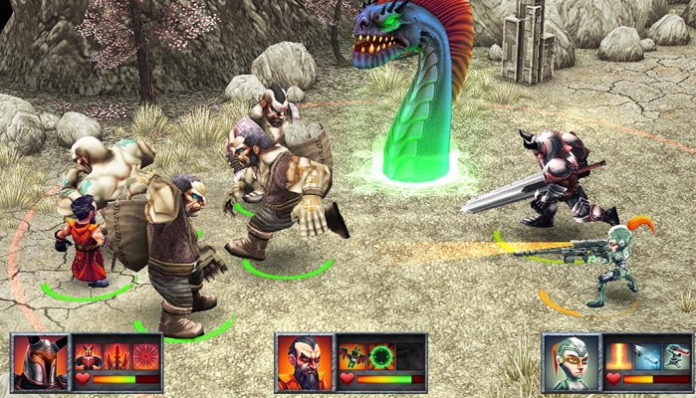 The kingdom is under attack by an ancient evil, and the only one standing between the terror and the kingdom’s complete destruction is a powerful wizard known as the Old One. Three heroes set out on a journey to find the Old One and aid him in efforts to repel the enemy. Will you heed the call?

Battle Hunters is a fantasy action RPG where you control a party of three heroes on their quest to battle evil. Designed as a single player story-driven RPG, the game is focused on a full-length epic adventure.

Your heroes will journey through wondrous locales, like the Great Forest full of lush trees and sneaky goblins, and the treacherous Cliffs of Desolation, inhabited by hostile gargoyles and stone golems.

You will meet more heroes along the way, each with their own unique abilities and spells. In addition to the standard humans, you may even be able to recruit friendly monsters, skeletons, and more. Build your dream party!

With simple one-touch combat controls, Battle Hunters puts the emphasis on strategic command of your three heroes. Knowing when to use certain abilities and which items to take may be the difference between life and death.

With over 80 monsters to fight and 25 heroes to recruit, Battle Hunters is an epic journey from start to finish. The game is available now on the App Store for 4.99 USD.