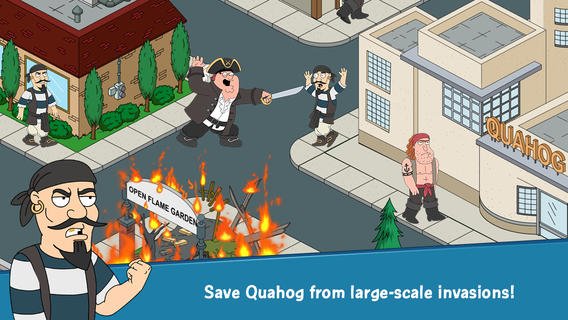 TinyCo have just launched Family Guy: The Quest For Stuff, compared by many the direct competitor of The Simpsons: Tapped Out and for all the right reasons. But we’re not here to praise one game or the other or talk about their competition, we’re here to get better at this game with some Family Guy: The Quest For Stuff cheats, tips and tricks that will hopefully help you build Quahog faster and unlock all the characters as soon as possible. It’s not an easy job, as you probably know already, so every bit of help counts.

So let’s carry on and let’s check out below the Family Guy: The Quest For Stuff tips that will help you move forward in this amazing iPhone and iPad game!

How to get more coins fast

Since getting coins in the game is one of the most important tasks – since it allows you to buy more stuff AND progress through the game, it’s best to use some tricks that will make you a lot more:

– Whenever your characters are not busy, have them complete the shortest actions over and over again. This will give you just a few coins per action, but if you can repeat them a lot, you will end up getting more coins than with the longer actions.
– When going to sleep or taking a longer pause from the game, switch to actions that last longer. The idea is to optimize coin rewards based on your time in the game.
– Fill the game world with buildings, especially the McBurgertown. At only 50 coins, this little gem gives you 10 coins per hour and is the cheapest way to make some extra coins in Family Guy: The Quest For Stuff. Simply build 10-15 of these to have a constant coins revenue for the future!
– Connect with your Facebook friends – the more friends you have, the more you can visit and help for coins and clams. It’s a bit tedious, but helps you with the money in the long run
– Complete quests as soon as they are available and unlock new characters. This one’s a no brainer: the more characters you have, the more actions you can have them perform. Also, since quest usually reward you with a ton of coins upon completion, making sure that you’re done with them ASAP will help you get more coins faster.

Now that we’ve solved the money problem, it’s time to focus on other more generic… stuff. Here it goes:

– You will soon find out that there’s not enough room in Quahog for all the buildings that you want to purchase. Therefore, to maximize space usage, try to stack your buildings close together and remove all roads. It won’t look as nice, but you will get a ton of coins and place for all the buildings that you need out there.
– Put decorations into the inventory. Unfortunately, we can’t sell anything in the game right now so the only way to get rid of decorations that you have to purchase to complete quests is to put them into the inventory (tap and hold an object until the option pops up – you can do this with buildings too). Just make sure that you don’t place into storage the items required by characters to complete actions.
– Keep unlocking new areas: these usually take a lot of time, so it’s better to start working on it in advance. Unlock all the areas when you have the coins for them and keep doing so to unlock new characters and districts.
– Spend your real life money wisely: bundles and special offers will always be a part of the game, so whenever you’re making a purchase, make sure that you get the most value for your money and purchase when there are special offers available. Then, of course, learn to put those resources to good use and don’t rush to spend them (clams, especially) for easy stuff.
– A quick way to earn XP points, if you have the coins, is to purchase decorations over and over again. The Well Trimmed Bush or the Spooner St. Sign are cheap and give you 2 XP points – invest in them if you want a lot of coins. Have in mind, though, that once you put items into your inventory, you will have to re-place them on the map first before being able to buy new ones and get XP points.
– Invest the clams in a second builder. It’s pretty expensive, but being able to do two things at once in the game is certainly a big bonus, so do your best to save your clams and spend them wisely.
– Buy new outfits for your characters. As soon as you unlock the third district and Al Harrington’s shop, you can buy new outfits for your characters. Try it, it’s fun, and it updates their Facebook profiles too!
– Spend clams on Character buildings. After getting that second worker, if you can still save up on clams, do so until you can afford purchasing the character buildings. The more characters you have in the game, the easier it is for you to get more coins and generally have an easier game!

And these would be, for now, our more generic Family Guy: The Quest for Stuff tips and tricks. Stay tuned with Touch, Tap, Play! as we’re working on more guides for you! 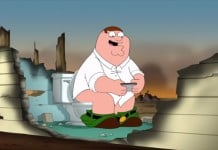 Family Guy: The Quest For Stuff Updated With Godfather Content 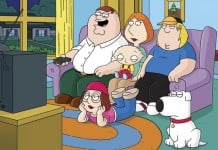 Get Free Clams in Family Guy: The Quest for Stuff by Completing Collections