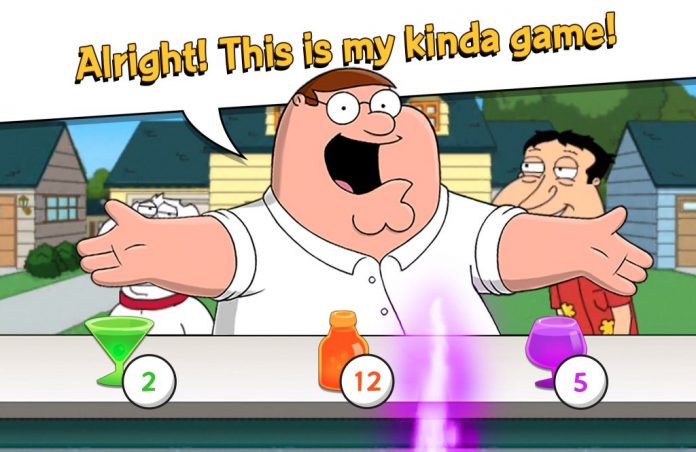 Candy Crush and all the other Sagas, watch out! Family Guy is coming for ya with Another Freakin’ Mobile Game. Really, that’s the subtitle and you couldn’t expect less from Family Guy, right?

Family Guy: Another Freakin’ Mobile Game is a match three title described as the first story-driven match 3 game for adults. But it’s still safe for work, in case you’re wondering!

The game has just been launched and came as a bit of a surprise for fans of the show and mobile gaming enthusiasts. A hilarious romp, Family Guy: Another Freakin’ Mobile Game is available for free on the App Store and Google Play. Here’s a trailer showing you what to expect from it:

Although there’s definitely not much to bring to the match-3 genre to improve it any more, the game created by FoxNext Games and Jam City seems like a great casual experience that fans of the show will absolutely love. The even better news is that the game will get new content weekly and it will be based on the latest shows airing on TV, so that’s really a nice and fresh approach.

Apart from that, humor abounds in Family Guy: Another Freakin’ Mobile Game, as one would expect. So prepare to battle the Giant Chicken in epic boss fights, serve drinks to Peter and the rest of the Cast and laugh your way to frustration in the increasingly difficult levels of the game.

So if you were looking for a fresh new match three game, you’ve found The One!